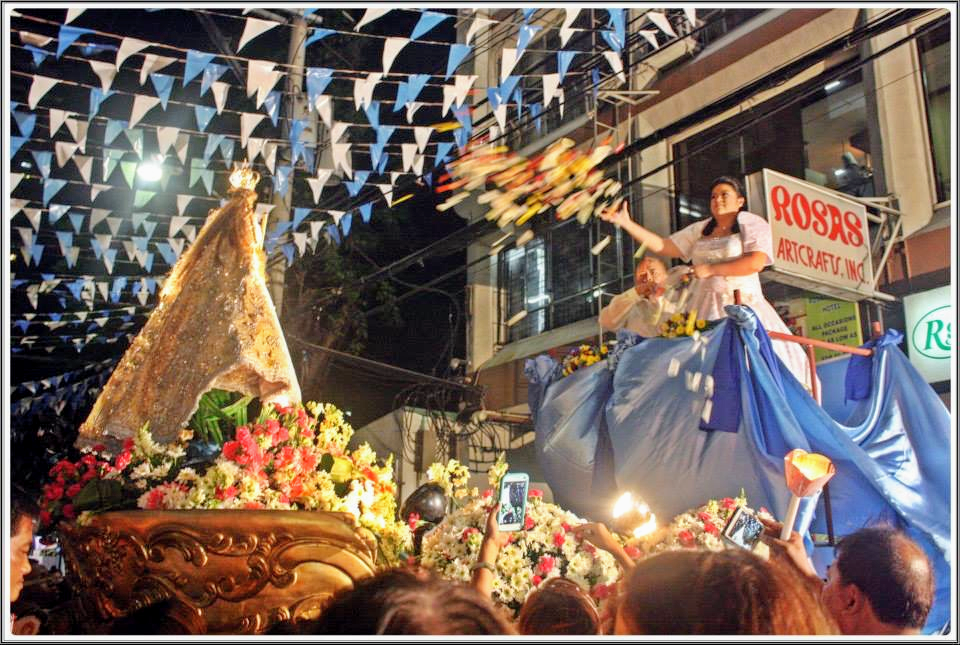 The Philippines has been a nation known for its love for Mary. At an early age, we call our mothers when we are in need. Hence, we have forged a strong relationship with the Blessed Mother.

On this month of May, we have celebrations in honor of the Blessed Mother. We have called May as “Mes de Maria” known as Month of Mary because of the many traditions that the country has offered as a thanksgiving to Mary.

The celebration of the Flores de Maria began during the Spanish Colonial era where the faithful celebrate the proclamation of the Dogma of the Immaculate Conception. During this time, towns would celebrate by conducting daily procession in honor of the Virgin while offering flowers and singing hymns. In some areas they would have the “Hijas de Maria” where teenage women would lead the offering of the flowers to the image of Mary. Flower crowns, leis, and bouquets are offered aside from the stemmed flowers and flower petals. It is during this time people would be singing the “Dalit kay Maria” which was derived from “Mariquit na Bulaclac na sa Pagninilaynilay sa Buong Buan nang Mayo ay Inihahandog nang manga Devoto cay Maria Santisima.” (The Flowers of Mary or the Beautiful Flowers that in the Meditations During the Whole Month of May are Offered by Devotees to Mary the Holiest). It is a compilation of prayers that were prayed during the May celebrations.

In many areas there would be activities like “Sunduan” where the male escort will be fetching her female partner in front of their home together with participating couples which will parade around the streets to be seen by the townsfolk. This is often practiced in Parañaque and Malibay which leads to having an enduring history of practicing the Sunduan.

In Ermita, the devotees of the Nuestra Señora de Guia have a tradition that they call “Bota Flores.” The origins of the Bota Flores dates back to the time when the People of Ermita demanded to have the image of the Virgen de Guia, which was currently enthroned at the Manila Cathedral, be returned to Ermita. The Capitana tossed flowers at the Cathedral as a sign of protest; after much deliberation, the image of the Virgen de Guia was returned to the site where she was found and to this day the Bota Flores is still practiced as a way of remembering the day that the image of the Blessed Mother returned to her beloved children.

These are one of the many traditions that fulfill our popular piety as Christians and it is a call for us in a mission to accept wholeheartedly the will of God. These practices help us learn the essence of our devotion and as we seek intercession to the Blessed Mother.

During the quarantine period, we find ourselves in a unique way to celebrate these festivities online. We pray together simultaneously with the Bishops for the “Healing Rosary for the World” which the Manila Cathedral initiated and helpful to us in times of weariness. We are comforted by the fact that we are not alone in this pandemic. Also, Children watch the “Online Flores de Mayo” offered by TV Maria and Catechetical Foundation of the Archdiocese of Manila (CFAM) to viewers and they apply the lessons through sketch or videos where they express their devotion to the Blessed Mother. Last May 13, the City Mayors of Pasay, Manila, Makati, San Juan, Mandaluyong joined Most Rev. Broderick Pabillo, Apostolic Administrator of Manila for the Consecration to the Immaculate Heart of Mary entrusted the Archdiocese into her mantle of maternal protection.

Although the grandeur of the celebrations wasn’t felt to respective communities due to circumstances that we have to face today as a nation, we pray fervently to the Blessed Mother who leads us to Jesus which inspires our families, frontliners even in the trying times. (Hazel Boquiren and Mio Angelo Hermoso/SOCOM-San Juan Nepomuceno Parish) 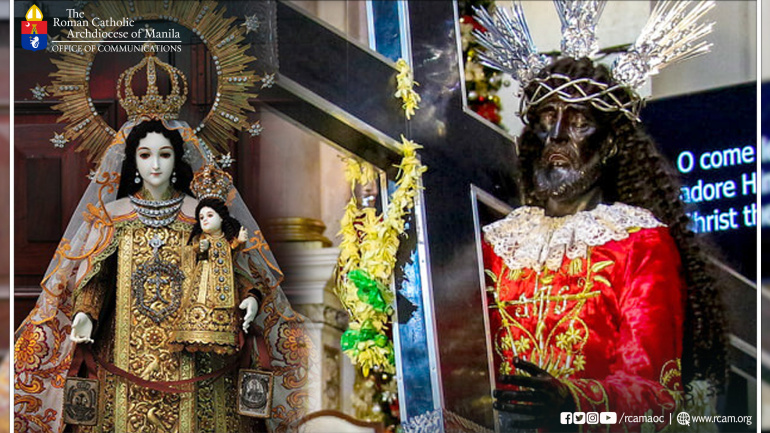 Mary leads our hearts to the Black Nazarene

Mary leads our hearts to the Black Nazarene 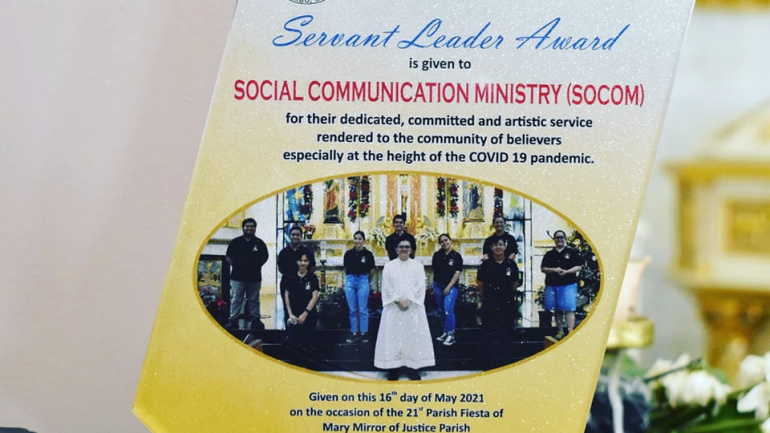 On the celebration of the 55th World Communications Day and the Solemnity of the Ascension of the Lord, Fr. Jose Joel O. Jason, parish priest of Mary, Mirror of Justice Parish has commended it’s Social Communications Ministry during the…