HomeAll PostsNews and EventsThere is no “virtual annointing of the... 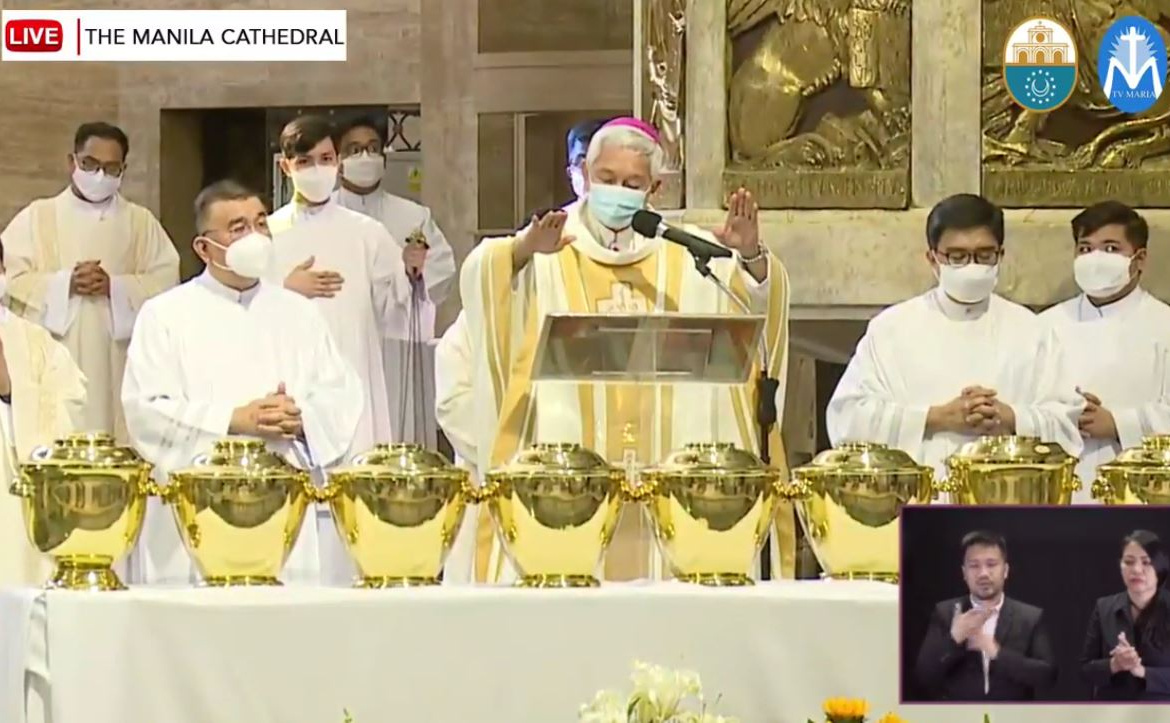 There is no “virtual annointing of the sick”, Bishop reminds faithful

Manila Apostolic Administrator Bishop Broderick Pabillo reminded the priests of the Archdiocese of Manila how during Chrism Mass, like Christ they are also anointed to bring good news.

Bishop Pabillo made the reflection in his homily for Chrism Mass held at the Manila Cathedral on March 31, 2021, at 7:30 am.

The Bishop also centered his reflection on being kings of the priests whose kingship is patterned in Christ.

He also expounded on how priests are prophets who are gifted with faith to give faith.

During Chrism Mass, the bishop blesses and consecrated the oils that is used for baptism, confirmation and anointing of the sick.

“There is no virtual sacrament of the anointing of the sick. Talagang kailangan na mapahiran ng langis ang may sakit ng pari with the proper prayers para magkaroon ng sakramento,” he said.

The Chrism Mass is one of the principal expressions of the fullness of the Bishop’s priesthood. During the Mass, all the priests in the Archdiocese of Manila gather at the Manila Cathedral as a sign of unity and brotherhood. (Jheng Prado/RCAM-AOC)

Jheng Prado February 21, 2021
His Eminence Luis Antonio G. Cardinal Tagle, Prefect of the Vatican’s Congregation for the Evangelization of Peoples re-echoed Pope Francis’ message to take Lent as a return journey towards the Father. “The Pope’s message for this Lenten Season is… 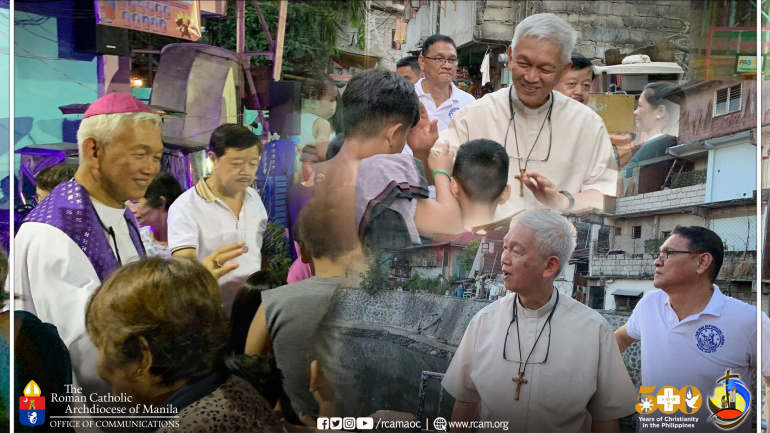 We need to Listen more to Voices from Grassroots–Bp Pabillo

We need to Listen more to Voices from Grassroots–Bp Pabillo

The Catholic Church opens the National Laity Week, Taytay Apostolic Vicar Broderick Pabillo highlighted the importance of the laypeople in making the Church more inclusive to the needs of the people, most especially the marginalized sectors of the society.…