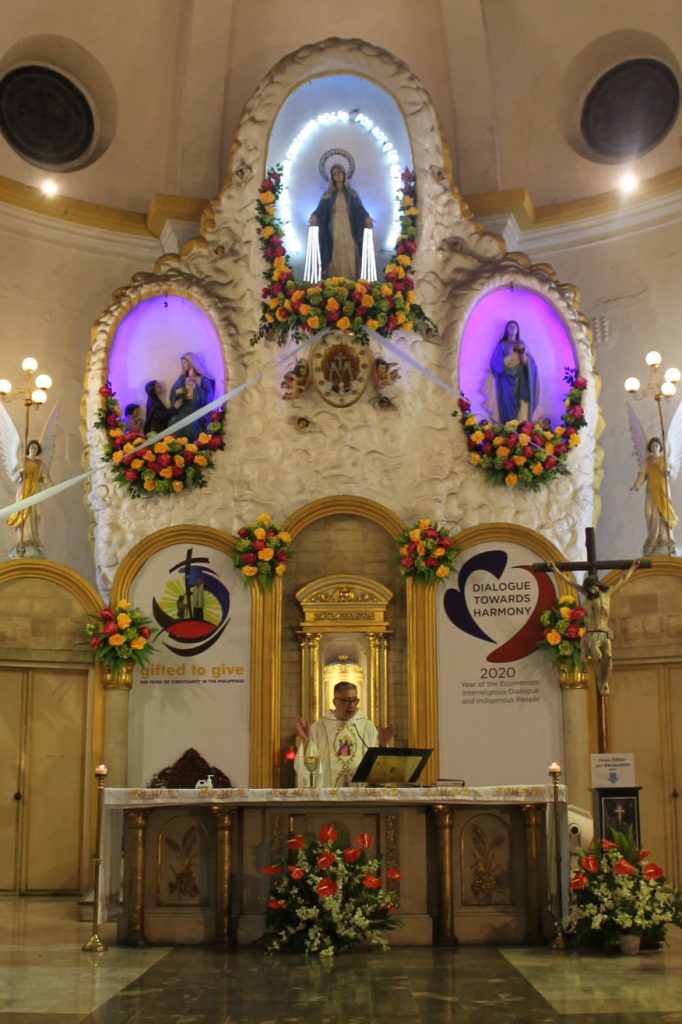 Archbishop Jeremiah Harty decreed the canonical establishment of the Parish on December 6 1909. Archbishop Harty was an alumnus of the Diocesan Seminary in St. Louis, Missouri which was under the direction of the Vincentians. The Diocese was found by Vincentian Bishop Rosate in 1820.

The Vincentians bought a piece of land in 1872 in the barrio of San Marcelino which was a rice field near the Pasig River. San Marcelino then was part of the Parish of San Fernando de Dilao in Paco. The house they built served as refuge to the seminarians and Vincentians housed in the San Carlos Seminary which was destroyed, together with most buildings in Intramuros, by an earthquake in 1880. A chapel was built adjacently to the Vincentian Central House which later became a parish church.

When the Philippine revolution against Spain began on August 29 1896 and ended in victory with the declaration of the Philippine Independence on June 12 1898, many Spanish friars, like the Franciscan in Paco Parish abandoned their post for fear of being killed by the Katipuneros. Since Archbishop Bernardino Nozaleda could not convinced any Filipino priest to mange Paco Parish, he requested the Vincentian Provincial Superior to assign a priest to take care of the parishioners. He also asked that the Chapel of the Central House be used as parish church because the church and convent of Paco were destroyed by the American Forces in retaliation for their initial defeat by the Filipino forces following the declaration of war against the Americans in 1899.

The granting of the request of the last Spanish Archbishop was going to be the beginning of the San Vicente de Paul Parish in San Marcelino. After years of pastoral care of the Paco parish, protecting the property of the church against the Aglipayans, and attacks from influence of Freemasons and Protestants. The church and convent of Paco were entrusted to Belgian Missionaries who built the present church. However Archbishop Harty wanted the Vincentians to form the San Vicente de Paul Church. Thus, on December 6 1910, the parish was instituted as ordered by the Church Law.

The original boundary of the parish in 1909 included area now taken over by the Manila Cathedral, particularly the Manila Post Office, and the area assigned to the St. Maria Goretti Parish in UN Avenue.

When the parish was established in 1909, the population was only 1500. In 1938, there are approximately 10 000 individuals based on statistics provided by the Barangays within the parish.

Many of those living in the parish are students and employees who are transient or temporary residents. There is a very considerable decrease of Church attendance during Christmas, summer and holidays as the non-residents go home to their hometowns in the provinces.

The parish is a member of the Vicariate Forane of Nuestra Senors de Guia.  The church is also known as Miraculous Medal Church- the Original and established center for the propagation of the Miraculous Medal and the Vista Domiciliaria.

Built in 1912, it was badly damaged during the Battle of Manila in 1945. The dome, belfries and roof were restored from 1946 and fitted with stain-glass window. Retrofitting of pillars and walls, replacement of the galvanized iron roof with long-span blue-colored roof, replacement of the wooden trusses with steel trusses and repainting of the entire exterior and interior walls of the church began in 2007 and completed in 2010. 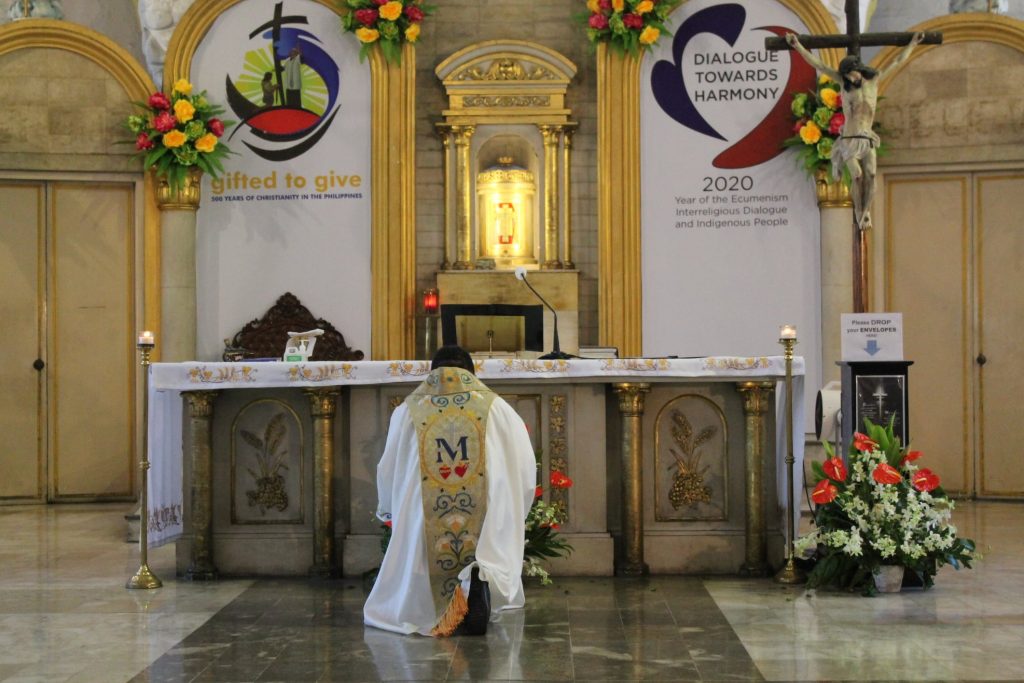