January of 1970s, when Fr. Bruno Piccolo and Fr. Joseph Vancio, both PIME clergy came to the Philippines and wandered the lump situation of the community. However, they became an inspiration to the residents there as they came to face their missions.

When Pope Paul VI visited Tondo on November 29 1970, Fr. Piccolo received the ciborium as his gift, a gift which gave them a motivation to build a chapel, and soon to be called as “San Pablo Apostol.”

On December 1970, they bought a bungalow house with a land area of 500 square meters in Emilio Jacinto Street. This was the start of building the community and assistance to the poor.

On May 1971, Fr. Joseph leaved the country to Rome, Italy for a while to delegate PIME clergy in the country. Fr. Adrian Cadei arrived as his proxy. Before his departure, Fr. Joseph was collaborated with the Canossian Philippine delegation to assigned sisters at Magville. And also, he brought the construction plan of the chapel in America and Italy to raise funds.

Yuletide of 1972, the Apostolic Nuncio consecrated the chapel at Magsaysay Village. Fr. Piccolo was the first parish priest, with Fr. Cadei, Fr. Joseph and Fr. Cocquio as his subordinates. Meanwhile, Fr. Albert Booms came to Tondo from US.

Fr. Vancio preceded Fr. Bruno as the pastor. But he didn’t handle it and unexpectedly, he passed the position to Fr. Gigi (Luigi). As the parish priest, he exerted himself for pastoral and social services, together with Fr. Alessi Francesco (PIME Superior), as his companion.

On Janary 24 1976, Fr. Alessi and Fr. Gigi seized at the Bureau of Immigration and Deportation for investigation, at that moment they brought at Air France and landed to Italy. Despite of desolation, the second chapel in Nepomuceno was finished and consecrated on December 8 1977 in honor to Sto. Nino de Tondo. Fr. Luigi Colombo appointed as the rector.

December 1981, the clergy from the Society of St. Columbian had arrived and Fr. Sean Connaughton appointed for MagVille and Fr. Patrick O’Herlihy for Nepomuceno. During their tenure, the Basic Christian Community (also known as Basic Ecclesial Communities) was established.

Fr. Sean realized that the community deprived from financial status, hence, the creation of the San Pablo Apostol Credit Cooperative in September 1982 was his answer.

On this time, the foundation of Pondo ng MISEROR was the solution for unsheltered families in the parish, which serves at a low cost. Health programs in Nepomuceno named PAGASA launched and provided feeding programs through Social Services.

In 1986, the Canossians from New Manila, QC arrived to open a formation house and Fr. Stefano Arnone as the superior, while Fr. Carlo Bittante as formator. In 1987, Fr. Carlo helped Fr. Sean in celebrating the mass on Sundays, particularly in the chapel located at the New Tenement.

The Society of St. Columban decided to leave the parish to give way for the Canossian Order. In November 1987, Fr. Giovanni Gentilin arrived in Tondo to expand the Canossian Community in the parish. In 1989, Canossian sisters with Sis. Sonia Sangel as their head suggested to the Canossian fathers to handle the parish, for there was not efficient pastor to take over from the Columban clergy.

On July 15 1989, Fr. Stefano and Fr. Giovanni planned the construction of a mini-clinic and social center; they were supported by the German doctors arrived to Manila. Fr. Giovanni initiated the scholarship program ‘Una Mano Aiuta l’ Altra’ with Ms. Tess Carmelo as his companion.

June 28 was the feast of St. Paul. There is a morning Agape, Eucharistic celebrations, festival games for children and procession at night. But it was moved every fourth Sunday of January (the feast of the Conversion of St. Paul) because of the conflict of schedule brought by the feasts of the Sacred Heart, Corpus Christi and rainy season.

On August 12 2007, Fr. Carlo was appointed as the parish priest, and his installation rites concelebrated by Bishop Broderick Pabillo, DD, Auxiliary Bishop of Manila.Fr. Alex worked as Apostolate of the Youth Ministry, while Fr. Joey assisted Fr. Giovanni for the scholarship program, and Fr. Carlo on Social Service Ministry and formator. He devised the BEC not only in parochial level, but in Vicariate level as well.

The Archdiocese of Manila as well as the Ayalas signed the Memorandum of Agreement for the Deed of Donation for Bagong Lupa with a land area of 12 000 sq. m., Fr. Carlo witnessed the signing and the Archdiocese had bought partially the land. The finance committee-fund raising campaign for Bagong Lupa had launched and Jun Torres was the chairman.

Other programs of the ministries were as follows: SSDM are Hapag-asa or feeding programs, Para-legal, Skills, etc.; the Education ministry, are the MAGPAS assembly, BEC formation, etc.; and Worship committee are the Family and Life, youth activities, etc. 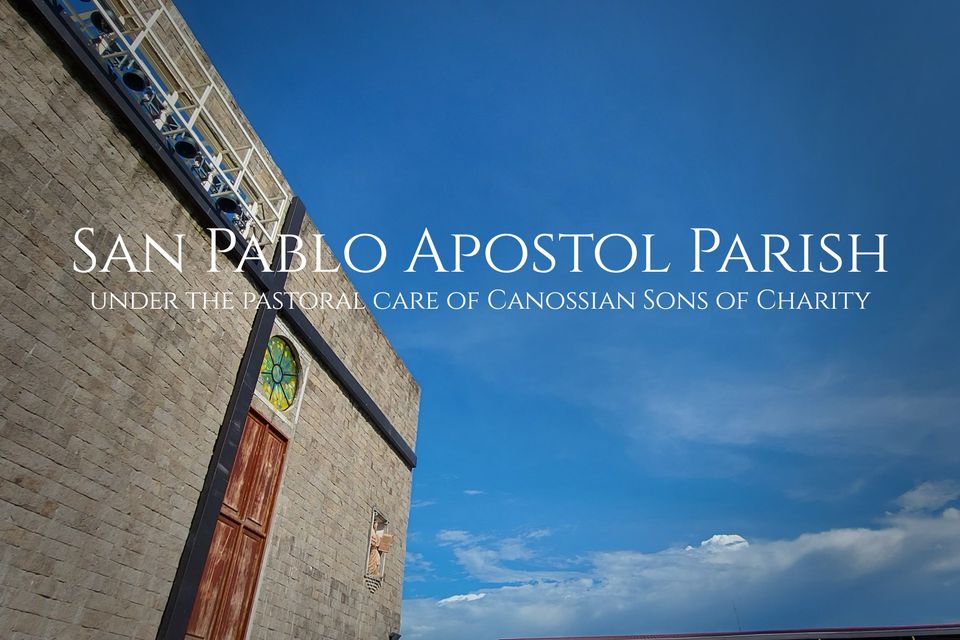 Saint Paul is one of the most important and influential of all the saints. Many of his writings are contained in the Canon of the Bible and have influenced the growth and development of the Church since the first century.

St. Paul was originally known as Saul, and he was a Roman citizen and a Pharisee. He even presided over the persecutions of the early Christians and was present at the martyrdom of St. Stephen.

However, Saul experienced a powerful vision that caused him to convert to Christianity while on the road to Damascus. He was duly baptized and took the name Paul.

Paul traveled the world, first to Arabia then back to Damascus. He also visited Jerusalem to see St. Peter, the first pope and pay homage to him. During these travels, he preached ceaselessly, often drawing criticism and ire from those who rebuffed his message. Jews, in particular, hated his preaching as they saw him convert people to Christianity from Judaism.

Eventually, Paul returned to Tarsus, where he was born. He preached there until he was called by Barnabus to come to Antioch. After a year spent in Antioch, a famine occurred in Jerusalem and the pair was dispatched to the city with alms.

Paul and Barnabus then went forth on a mission to Cypress and throughout Asia Minor. They established several churches in their travels. After establishing his churches, Paul remained in communication with the faithful, often writing letters to answer questions and resolve disputes.

The letters that have survived have become part of the Bible. It is believed that Paul wrote other letters, which were lost even before the Bible was established by the Church. Paul’s writings are important because they provide good advice for how Christians should live.

Paul traveled throughout much of Europe, particularly in Macedonia, Greece, and Italy. While preparing for a missionary trip to Spain, he was imprisoned in Caesarea by the Jews for two years. He traveled again, was shipwrecked in Malta, and was imprisoned for another two years for preaching in Rome. Despite these imprisonments, Paul continued to preach.

Paul eventually made his way to Spain, then returned to the East, and finally returned to Rome once again. In 67 AD, Paul was arrested in Rome for a second time and this time he was beheaded under the insane Emperor Nero. According to John Chrysostom, Nero knew Paul personally.

Paul is among the most famous, intelligent and influential of the apostles. There are some who argue that he was the leader of the apostles, but this is not supported by the evidence. Instead, he likely preached at the request of St. Peter, who was pope.

St. Paul is the patron saint of missionaries, evangelists, writers, journalists, authors, public workers, rope and saddle makers, and tent makers. His feast day is on June 29 when he is honored with Saint Peter, although he is also honored on other days throughout the year, January 25, for his conversion, February 16, for his shipwreck, and Nov. 18 for the dedication of his Basilica.