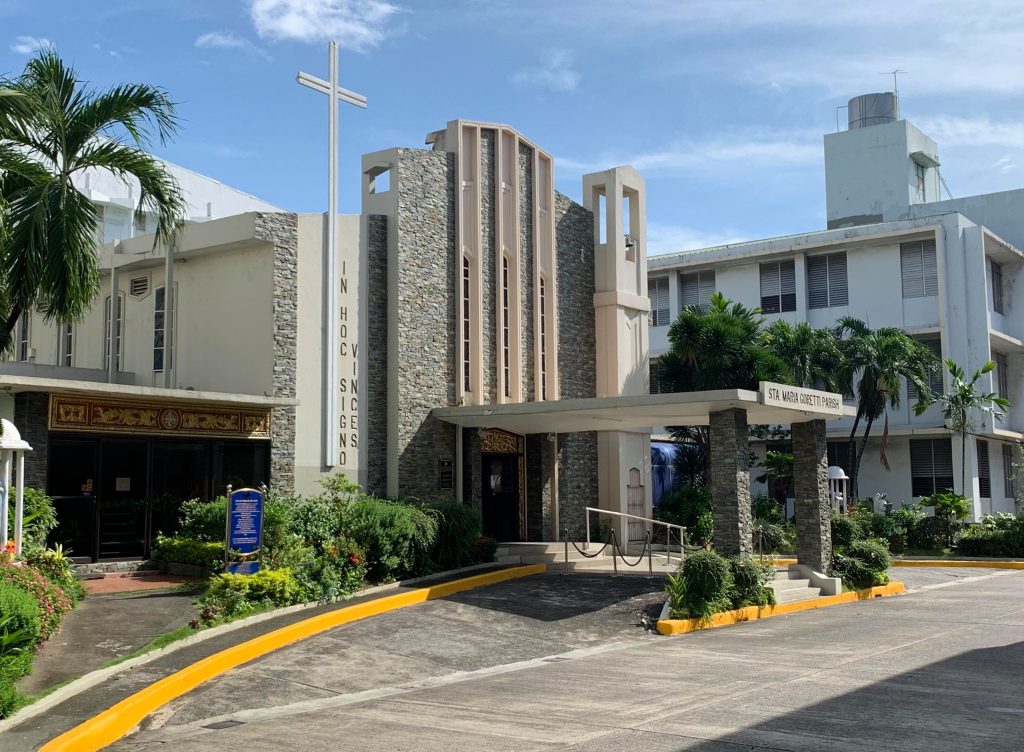 Towards the later part of November 1982, His Eminence Jaime Cardinal Sin, paid a visit to the Pius XII Catholic Center, Incorporated, at the driveway leading into the Administration building, the Cardinal expressed his fondest desire to establish a parish right at te heart of the Catholic Center. He made a revelation to Msgr. Justino Ortiz, the Chaplain of the Catholic Center. His Eminence envisioned that the patron saint of the new parish would be Maria Goretti. He wanted especially the young people within the community to understand and to emulate the life and example of the youthful saint, Virgin and Martyr of Purity. He suggested to Msgr. Ortiz to confer with the parish priest of St. Vicente de Paul, San Marcelino, Paco.

The following day, Msgr. Ortiz went to St. Vincent de Paul parish. He consulted Rev. Fr. Francisco Vargas, who was then the parish priest, concerning the creation of a new parish in the surrounding area of Pius XII Catholic Center. Msgr. Ortiz and Fr. Vargas scanned the vicinity map of the parish of St. Vincent de Paul. There were seven areas within the parish encompassed. Fr. Vargas had no objection whatsoever in relinquishing Area no. 7 to the would-be parish of St. Mary Goretti.

Msgr. Ortiz reported the good news to Cardinal Sin that was transpired during the consultation with Fr. Vargas. The Cardinal immediately acted on the establishment of the parish of St. Mary Goretti. Thereupon, His Eminence issued the following Decree of Erection with its corresponding limits and delimitations of the parish. Msgr. Justino Ortiz, PA was appointed as the first parish priest. The Decree was given on December 11 1982.

The parish of Sta. Maria Goretti has the following boundaries:

South: Apacible St. (from Romualdez to Looban) Looban St. straight to Belen (from Looban Straight through Belen up to Estero de Paco)

East: Estero de Paco (from Belen St. up to Provisor)