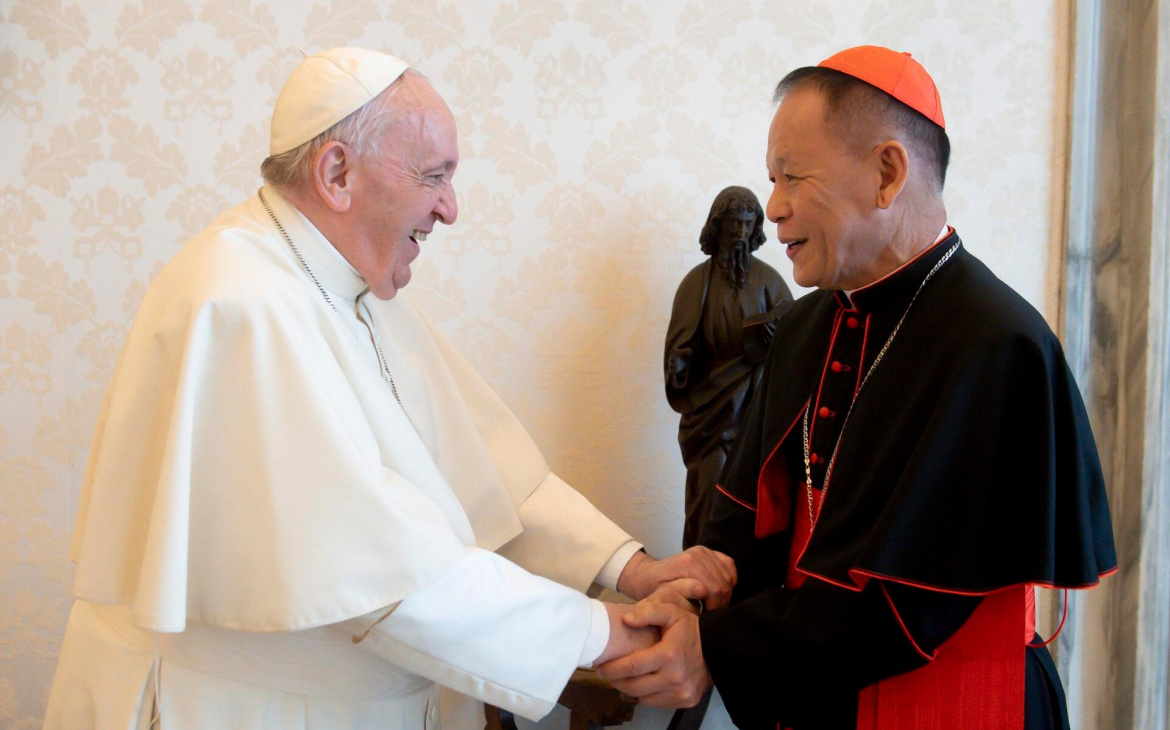 Manila Archbishop Jose F. Cardinal Advincula had a private audience with His Holiness Pope Francis at the Vatican in Rome last April 21, 2022. It was the first time Pope Francis met him as Cardinal and Archbishop of Manila.

The Archbishop of Manila was created and proclaimed Cardinal by the Holy Father in the consistory of November 28, 2020, at height of the pandemic in the Philippines. On March 25, 2021, Pope Francis appointed him as the 33rd Archbishop of Manila and was installed on June 24, 2021, at the Minor Basilica of the Immaculate Conception (Manila Cathedral).

Cardinal Advincula during his audience with the Pope met by chance His Excellency Most Rev. Eric de Moulins-Beaufort, Archbishop of Reims Réélu who was re-elected President of the Catholic Bishops’ Conference of France just a few days earlier and traces his roots partly from the Philippines.

After his audience with the Pope, Cardinal Advincula also met with other officials at the Vatican. He had a courtesy call to His Eminence Giovanni Battista Cardinal Re, Dean of the College of Cardinals.

It was also Cardinal Re, who was then Prefect of the Congregation for Bishops when Cardinal Advincula was named Bishop. He was the one who looked into the life of then Msgr. Joe Advincula, so that he could present him to Pope John Paul II in 2001 as Bishop of San Carlos in Negros Occidental. 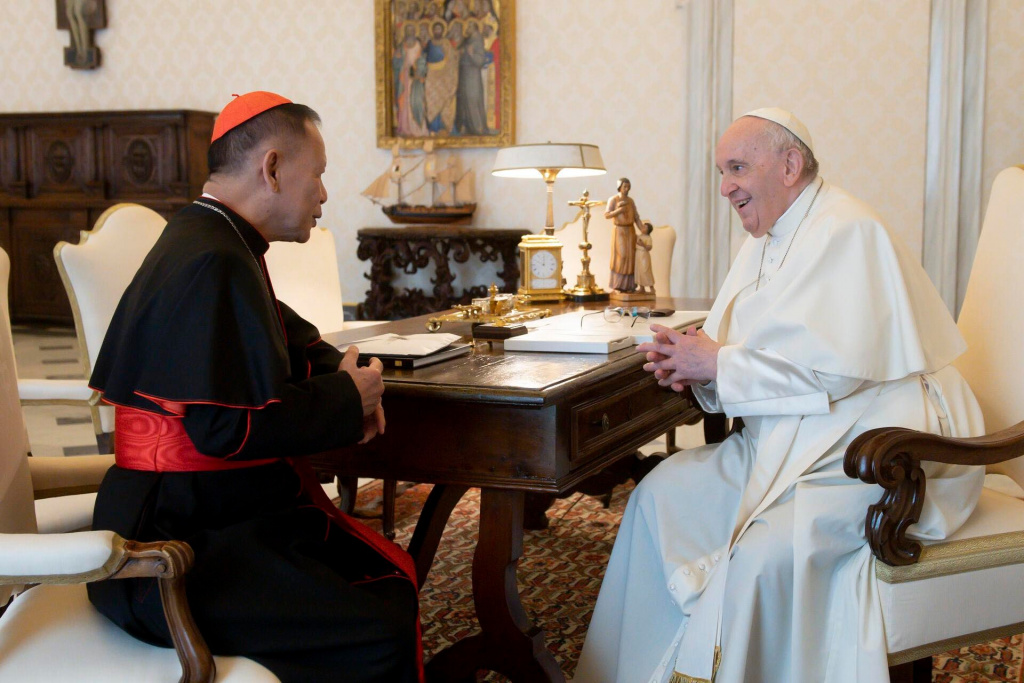 Cardinal Joe also had a courtesy call with Her Excellency Myla Grace Macahilig, the Philippine Ambassador to the Holy See who replaced Ambassador Grace Relucio-Princesa, who served the post from September 2018 until her retirement in January 2021.

He also met with His Excellency Most Rev. Lazarus You Heung-sik, Prefect of the Congregation for the Clergy. He replaced Cardinal Beniamino Stella after he resigned because of the age limit. Archbishop Lazaro has visited Tagaytay and other parts of the Philippines during his younger years to attend conferences.

Rev. Fr. Gregory Ramon D. Gaston, Rector of the Pontificio Collegio Filippino was glad to see Cardinal Advincula in Rome and acknowledged the Cardinal’s effort to continue molding priests to become effective in their vocation.

“We are honored to host our distinguished alumnus Cardinal Advincula during these days of his meetings and pilgrimage. He was named Cardinal last year, as the Collegio celebrated its 60th year of life and service to the Church especially back home in the Philippines,” Fr. Gaston told the Archdiocese of Manila Office of Communications.

“As Archbishop of Capiz and now of Manila, Cardinal Joe has been continuously sending priests to the Collegio for further studies and to strengthen the seminaries and other diocesan ministries back home. I am sure he has fond memories of his stay at the Collegio way back in the 1980s as a student of Canon Law,” he said.

Cardinal Advincula had studied canon law at both the University of Santo Tomas in Manila and the Pontifical University of Saint Thomas Aquinas (Angelicum) in Rome, obtaining a licentiate in canon law. (Jheng Prado/RCAM-AOC |Photo Courtesy of Fr. Jek Arada/Vice-Chancellor of RCAM) 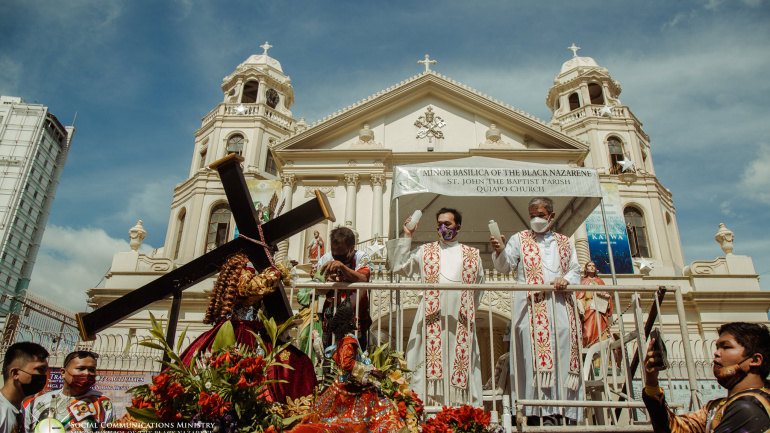 As the number of COVID-19 cases resurges with the new Omicron variant, the Minor Basilica of the Black Nazarene or Quiapo Church will be temporarily closing from January 3-6, 2022, as part of the preventive measures in accordance to… 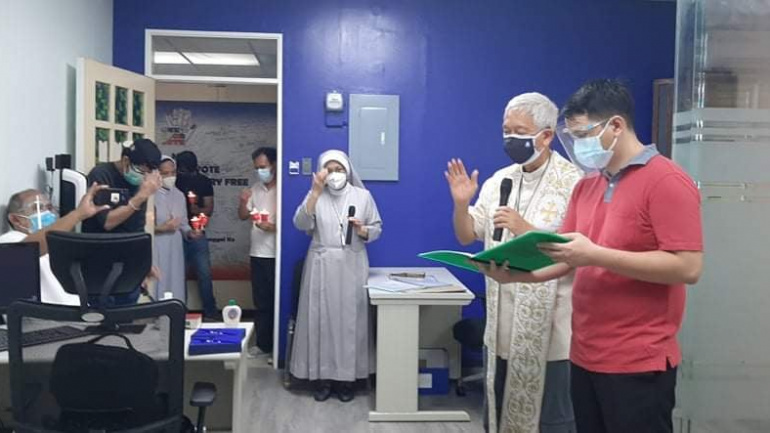