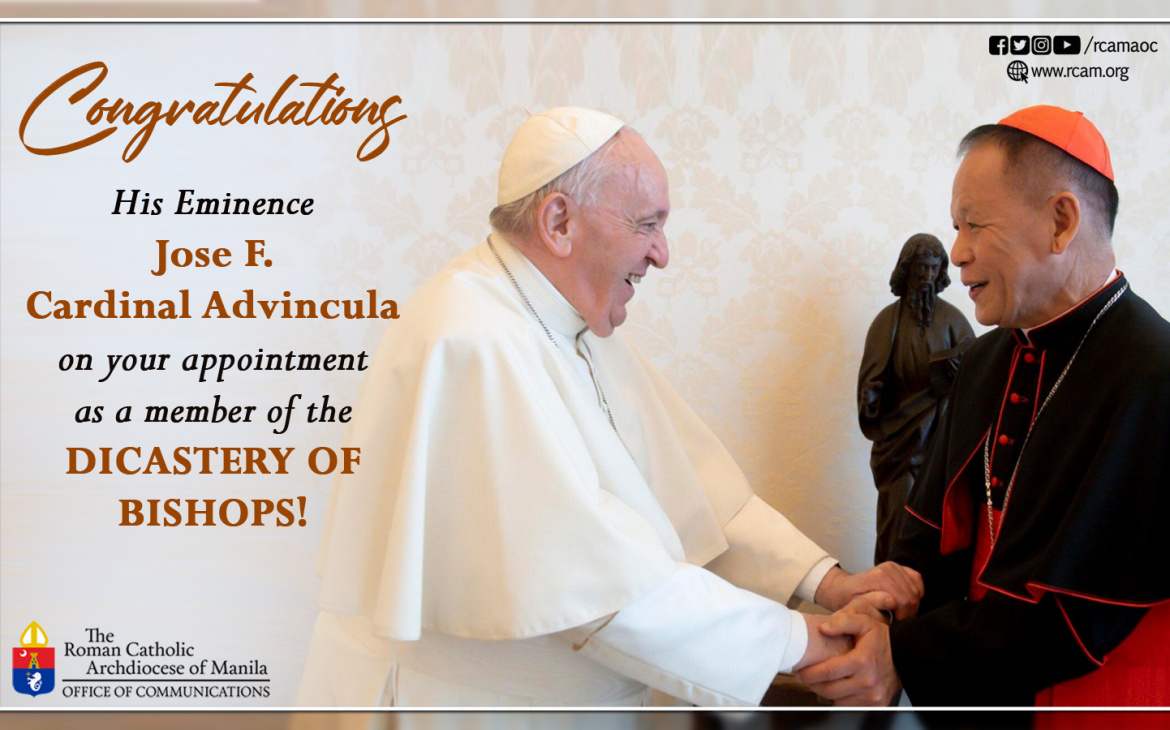 His Holiness Pope Francis has appointed Jose F. Cardinal Advincula, Archbishop of Manila as one of the members of the Dicastery of Bishops.

The latest appointments of the Pope were published by the Holy See Press Office in a statement on Wednesday, July 13, 2022.

CBCP News said that the “Dicastery for Bishops is the second Vatican office of which Advincula is a member since becoming a cardinal two years ago.”

Cardinal Advincula was appointed a member of the Congregation of Clergy in December 2020.

According to Vatican News, Pope Francis’ new appointments also include two religious sisters and one consecrated virgin. It is the first time women have been appointed to the dicastery.

Here is the full list of the Pope’s appointments as Dicastery members:

The Vatican News said the nomination of Ms. Zervino also marks the first appointment ever of a laywoman to the Vatican dicastery.

The Dicastery for Bishops, formerly named Congregation for Bishops is the department of the Roman Curia that oversees the selection of most new bishops. Its proposals require papal approval to take effect, but are usually followed. The Dicastery also schedules the visits at five-year intervals (“ad limina”) that bishops are required to make to Rome, when they meet with the pope and various departments of the Curia. It also manages the formation of new dioceses. It is one of the more influential Dicasteries, since it strongly influences the human resources policy of the church.

The Dicastery for Bishops does not have jurisdiction over mission territories and areas managed by the Congregation for the Oriental Churches which has responsibility for Eastern Catholics everywhere and also for Latin Catholics in the Middle East and Greece. Where appointment of bishops and changes in diocesan boundaries require consultation with civil governments, the Secretariat of State has primary responsibility, but must consult the Congregation for Bishops.

The Dicastery for Bishops has jurisdiction over the Pontifical Commission for Latin America, and the dicastery’s prefect also serves as the commission’s president. (Jheng Prado/RCAM-AOC) 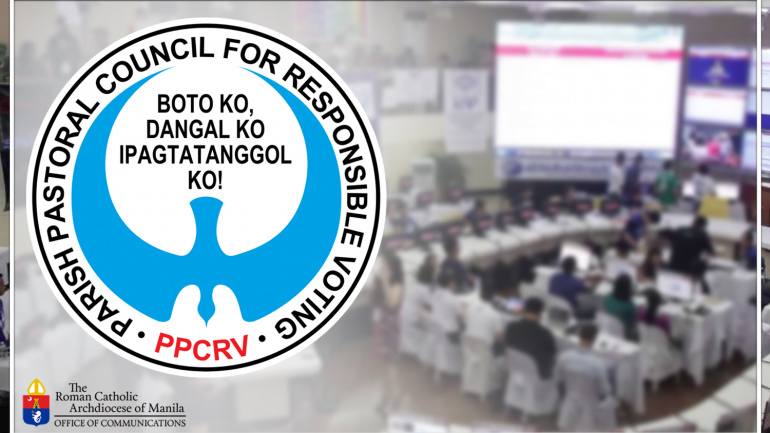 Business leader Evelyn Singson has been named the new national chairperson of The Parish Pastoral Council for Responsible Voting (PPCRV). Singson replaced technology pioneer and entrepreneur Myla Villanueva, who stepped down in July after serving the post since 2018.… 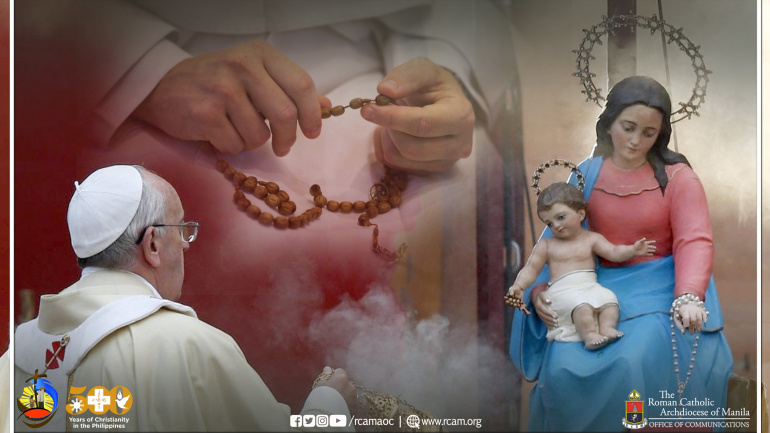 Jheng Prado April 28, 2021
His Holiness Pope Francis has declared the month of May for a prayer marathon calling all the faithful to unite in the recitation of the Holy Rosary to ask the Blessed Virgin Mary intercession for the end of the…