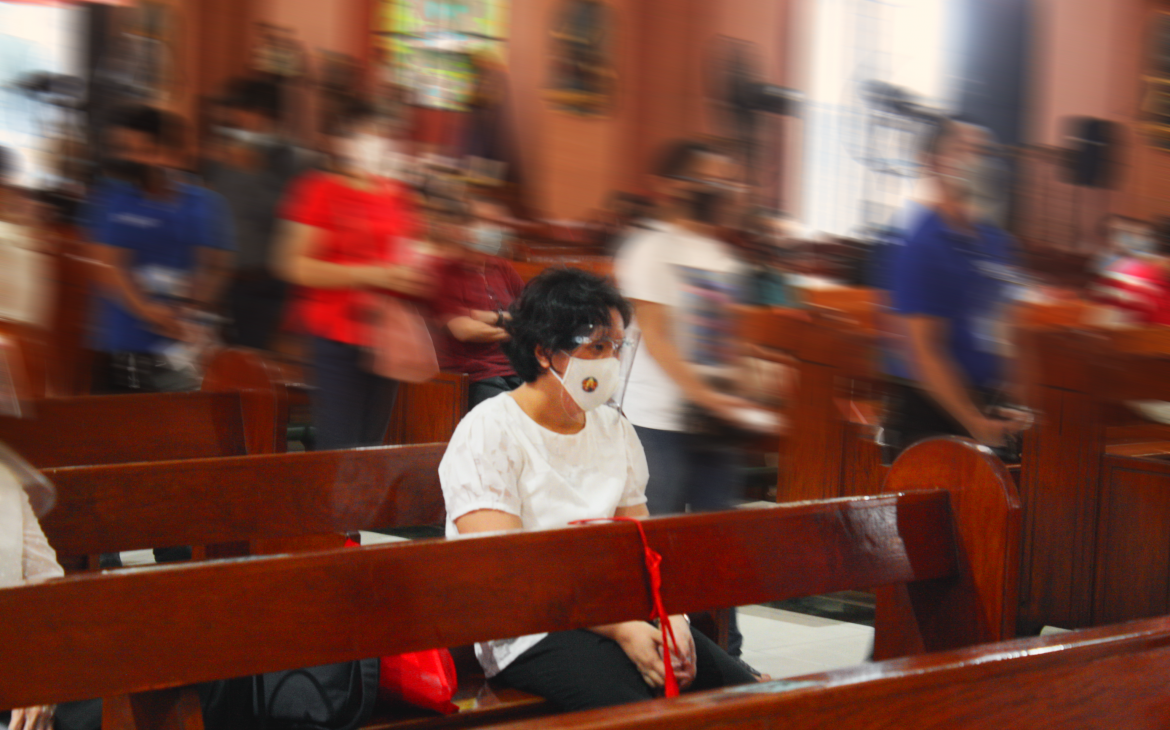 On a very rare occasion, the miracle child who was cured through the intercession of San Lorenzo Ruiz had attended the Feast Day Eucharistic celebration in honor of the first Filipino saint and his 15 companion martyrs at the historic Binondo Church on September 28.

Along with her mother Lourdes Ravena, Cecilia Alegria Policarpio or “Ria” participated in the Fiesta Mass which was attended by a limited number of people inside the church and seen live online through different social media channels.

In his homily, Rev. Fr. Andy Ortega Lim, rector and parish priest of the Minor Basilica and National Shrine of San Lorenzo Ruiz, enthusiastically shared and reflected on Ria’s unexpected visit this year despite quarantine restrictions due to coronavirus pandemic.

He thanked Ria and her mother for attending the Holy Mass, and also expressed the faithful’s condolences to the family as Ria’s father, Florentino, passed away last year.

This was the second time that Ria attended the feast day Holy Mass at Binondo Church, the first was during the 31st year of Lorenzo Ruiz’s sainthood in 2018.

Born on March 4, 1981, or a few weeks after Lorenzo Ruiz’s historic beatification, Ria was diagnosed with atrophy which almost caused her death due to internal bleedings, spasms and seizures.

According to the late historian Fr. Fidel Villaroel in his book on San Lorenzo Ruiz, he said that Ria first heard of the then first beatified Filipino at a Mass in their subdivision in Parañaque and during the Holy Mass by the Apostolic Nuncio in Binondo Church to commemorate the second beatification anniversary in 1983.

Her mother Lourdes appealed for prayers to the devotees of then Blessed Lorenzo which stirred widespread campaign prayers nationwide and resulted in Ria’s gradual improvement until April 25, 1985, when she finally “walked alone”.

The miracle story of Ria was the basis of the Philippine church’s further efforts to elevate the country’s first beato to sainthood by the end-1985 until June 22, 1987, when the Consistory finally approved the cause for his canonization.

PHOTO: Cecilia Alegria Policarpio or “Ria”, the miracle child whose cure caused San Lorenzo Ruiz’s canonization quietly stares at people during the offertory for the Holy Mass in honor of the first Filipino saint at the Minor Basilica and National Shrine of San Lorenzo Ruiz on September 28, 2021. | Photo by Mark Anthony Reyes, Binondo Church 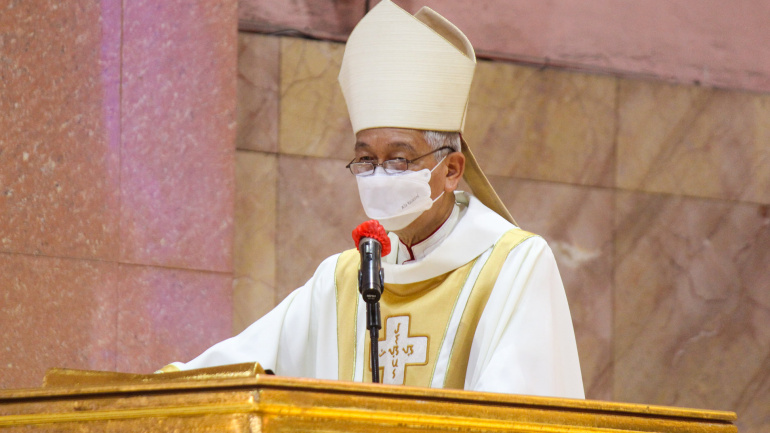 Pray to God to give us good leaders, says Bishop Pabillo

Pray to God to give us good leaders, says Bishop Pabillo

Jheng Prado April 27, 2021
This year’s Good Shepherd Sunday has been a special and historic one for Binondo Church as His Excellency, the Most Rev. Broderick S. Pabillo, DD opened its Jubilee Door to officially start its celebration of the 500th anniversary of… 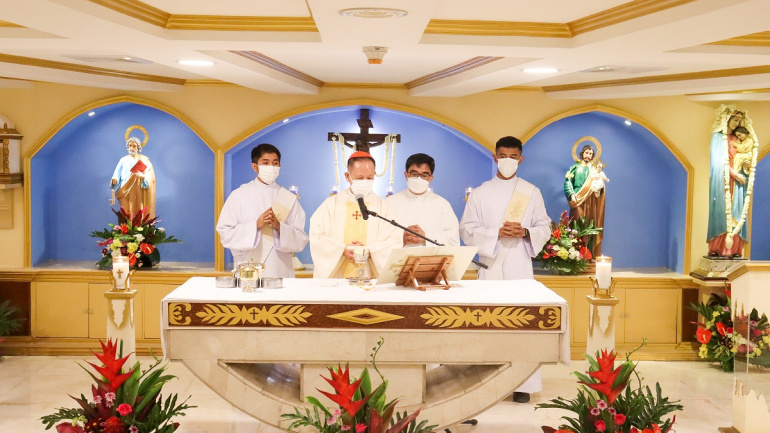 The Solemn Blessing of the Our Lady Seat of Wisdom Chapel at the University of Makati last March 1, 2022, was indeed a great blessing to the academic community on the occasion of their 50th Founding Anniversary. His Eminence…