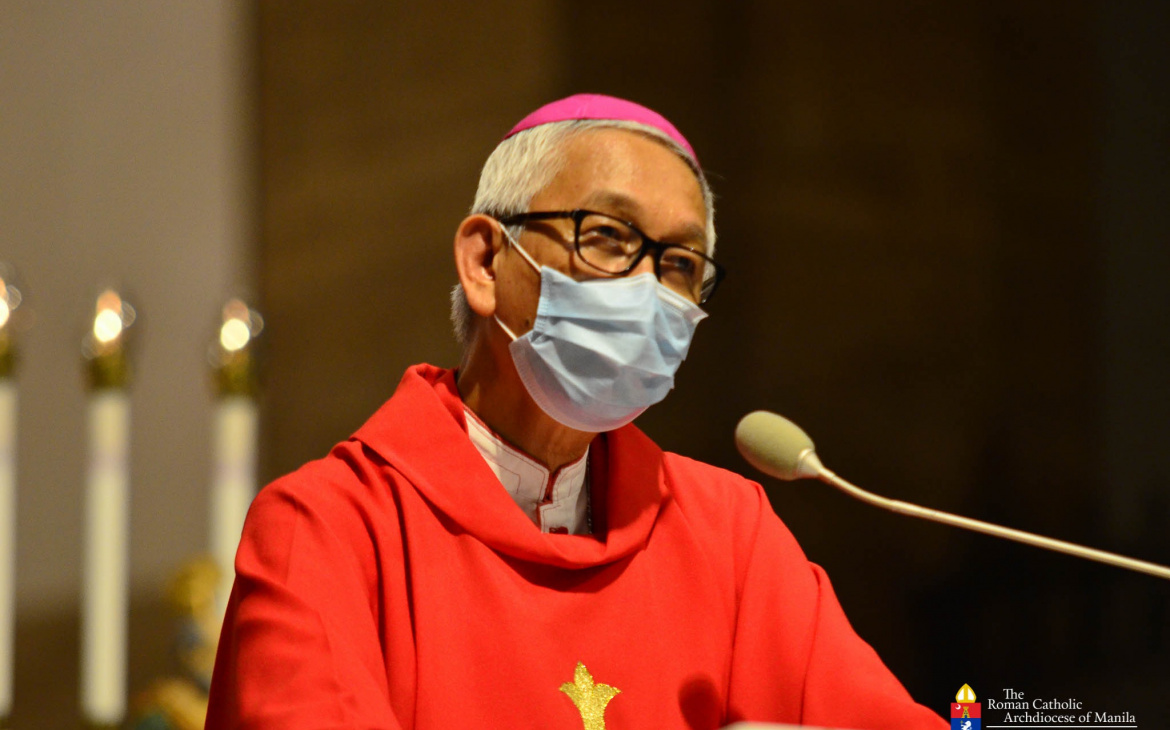 Message of Manila Auxiliary Bishop Broderick S. Pabillo for his appointment as Vicar Apostolic of Taytay, Province of Palawan

I thank the Holy Father, Pope Francis for his trust in entrusting to my care the Apostolic Vicariate of Taytay in Palawan. It is one of the youngest ecclesiastical jurisdictions within the Metropolitan of Manila, barely 19 years old and I would say, the poorest in terms of material resources as church. It is also challenging in terms of the location of the Christian communities crossing mountains and seas to reach them. In a word, it is a mission territory.

I thank the Holy Father that in the near twilight of my life, I am still given a chance to work in a mission territory and to live poor among the poor, the fisher folks, the subsistence farmers and the indigenous peoples. It will be a totally different engagement than what I have been doing these fifteen years in the Archdiocese of Manila. As God is here in Manila, He is also there in Northern Palawan. This is the basis of my confidence. My saying yes to this assignment is my small way of living out the Missio Ad Gentes, our theme this year.

I take this opportunity to thank the Archdiocese of Manila for accepting me to work with you these years. I was a stranger and you accepted me. I was indeed a stranger to Manila when I first came here in 2006. A stranger to the culture of the big cities and to the culture of Church work here in an urban setting. But now, I live no longer a stranger but a brother among the priest, the religious and the lay faithful. I really feel at home now with you. I gain a lot in physical weight, in wisdom and in experience working among you. I know that our fraternal and connection will continue if only there are internet connections where I will be.

Although they are not here physically present, I thank Cardinal Rosales and Cardinal Tagle for the privilege working by their side. Cardinal Tagle is still my boss because as Apostolic Vicariate, we are under the Congregation of the Evangelization of Peoples. I will miss the opportunity of working directly under Cardinal Advincula. But being my Metropolitan Archbishop, I am sure we, in Taytay will continue to get his care and his support.

I also thank Archbishop Brown, our Papal Nuncio for facilitating this appointment. If you go to Palawan, Archbishop and all of you, what you have said about experiencing the beauty of nature, you will get in Northern Palawan together with the simplicity of the faith of the people there.

I still don’t know when I would go there to Palawan. That depends on the readiness of the people and the priests there especially in this time of the pandemic. It is so difficult to gather the priests together, that in fact, when they make a retreat they come here to Manila because it is easier to come to Manila than to gather together in Taytay. We will just let you know when will be he installation in their place.

St. Joseph the Worker is a patron of the Apostolic Vicariate of Taytay. I entrust myself and my work to his protection and guidance. Thank you very much. (Photo by Maricar Santos/RCAM-AOC)

Pastoral Instruction: We humble ourselves before God

Pastoral Instruction: We humble ourselves before God

My dear People of God in the Archdiocese of Manila, We are nearly 15 months into the Covid 19 Pandemic. While we are grateful for the scientific and medical progress being done to stop this pestilence, as a community… 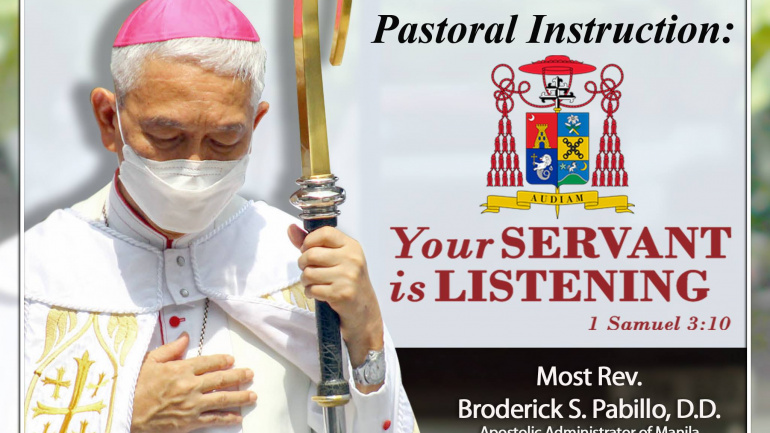 My dear People of God in the Archdiocese of Manila: After more than one year of being sede vacante, we rejoice in thanksgiving to God for the gift of a new shepherd to our local Church, His Eminence Jose…