HomeAll PostsNews and EventsLights Off for Earth Hour 2021 in the... 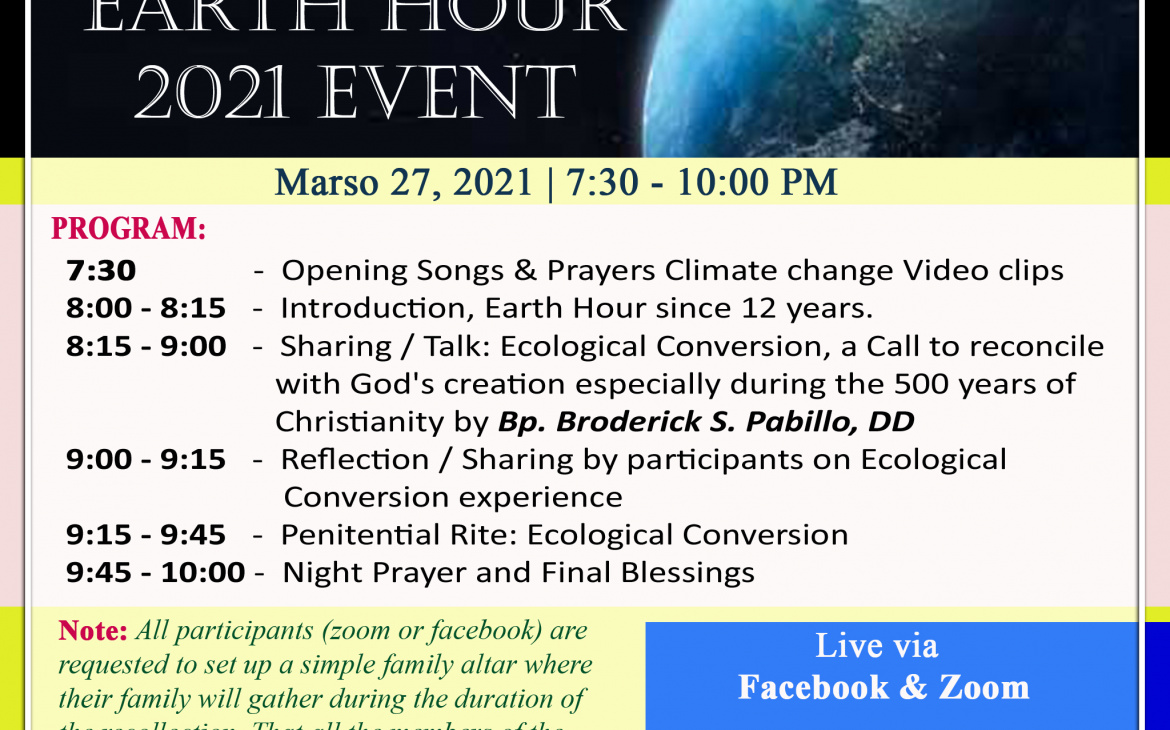 The Archdiocese of Manila Ministry on Ecology has organized online activities for the annual celebration of Earth Hour on March 27, 2021, from 7:30 to 10 pm, via Zoom.

Individuals, families, communities, and businesses are encouraged to turn off all non-renewable sources of light from 8:30 to 9:30 in the evening.

Most Rev. Broderick Pabillo, Apostolic Administrator of Manila will give a talk on the topic, “Ecological Conversion, a Call to reconcile with God’s creation especially during the 500 Years of Christianity”.

The event will be a night of prayers and sharing of reflections from the participants. A video on ecological conversion will also be shown during the online event.

Ms. Lou Arsenio, coordinator of the Ecology Ministry of the Archdiocese of Manila told the Office of Communications that the Earth Hour was started in “order to encourage and unite people to take action on environmental issues like climate change.”

In this regard, the ministry continues to uphold the call of the Earth Hour through the continuous promotion of Laudato Si (On Care For Our Common Home), the much talked-about Encyclical of Pope Francis released in 2015.

According to Ms. Arsenio, the simple act of protecting our common home by turning off all lights when not in use “can already help reduce the demands for fossil fuel source energy and reduces the emission of greenhouse gases especially carbon.”

“We also advise that earth hour be regularly observed at least once a week or daily (1-hour turning off of lights). We also advise everybody to practice energy efficiency and conservation by unplugging appliances when not in use,” she said.

Ms. Arsenio also appeals to every parish, shrine, and chapel to make Ecology a part of their ministry by organizing it.

“This will happen only when every catholic and every citizen of this planet will participate in the realization of the 7 Laudato Si of Integral Ecology,” she said.

Originally, Earth Hour, organized by the World Wildlife Fund (WWF), is an annual environmental campaign that aims to increase awareness of the different effects of climate change. During Earth Hour, individuals are asked to switch off their lights and some appliances that are not being used at home and in the office for an hour and shine a light on climate action.

The first Earth Hour started as a lights-off event in Sydney Australia in 2007 and the Philippines was the first among Asian countries to participate in Earth Hour in 2008. (Jheng Prado/RCAM-AOC) 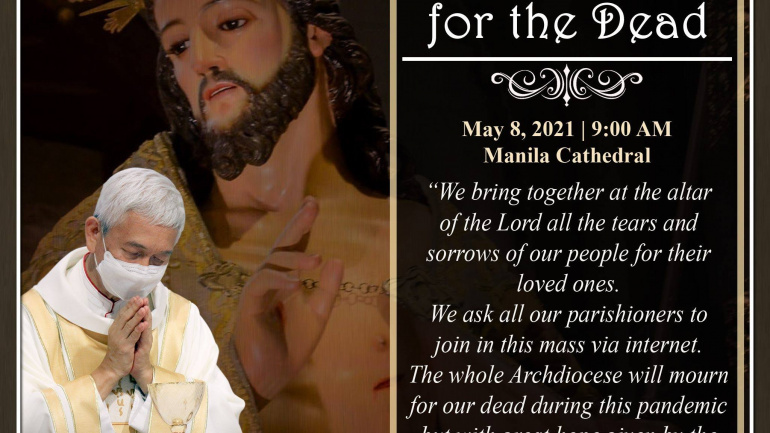 Archdiocese of Manila sets “Day of Mourning” for COVID-19 Deaths

Archdiocese of Manila sets “Day of Mourning” for COVID-19 Deaths

Jheng Prado May 7, 2021
The Archdiocese of Manila will hold a special Mass that will honor and remember all those who have died because of COVID-19. A Mass for the Dead will be held at the Manila Cathedral on Saturday, May 8, 2021,… 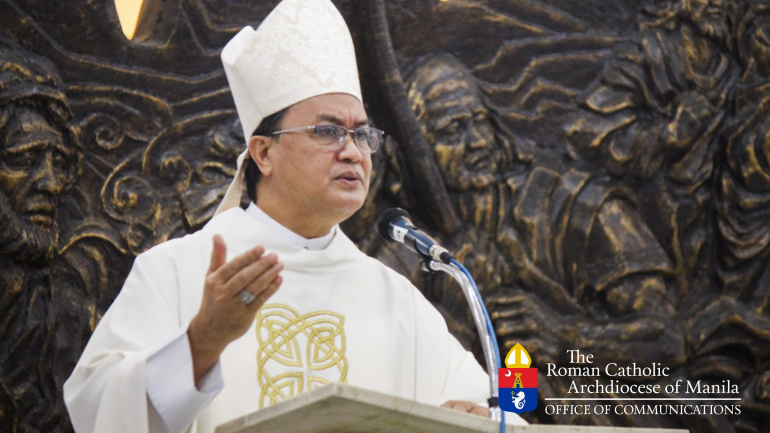 BINDING AND LOOSING Dear brothers and sisters in the Lord from the laity, religious and clergy, malipayon na Pasko sa Pagkabanhaw kaninyong tanan. Happy Easter to all of you. What a grace it is to be gathered together in…