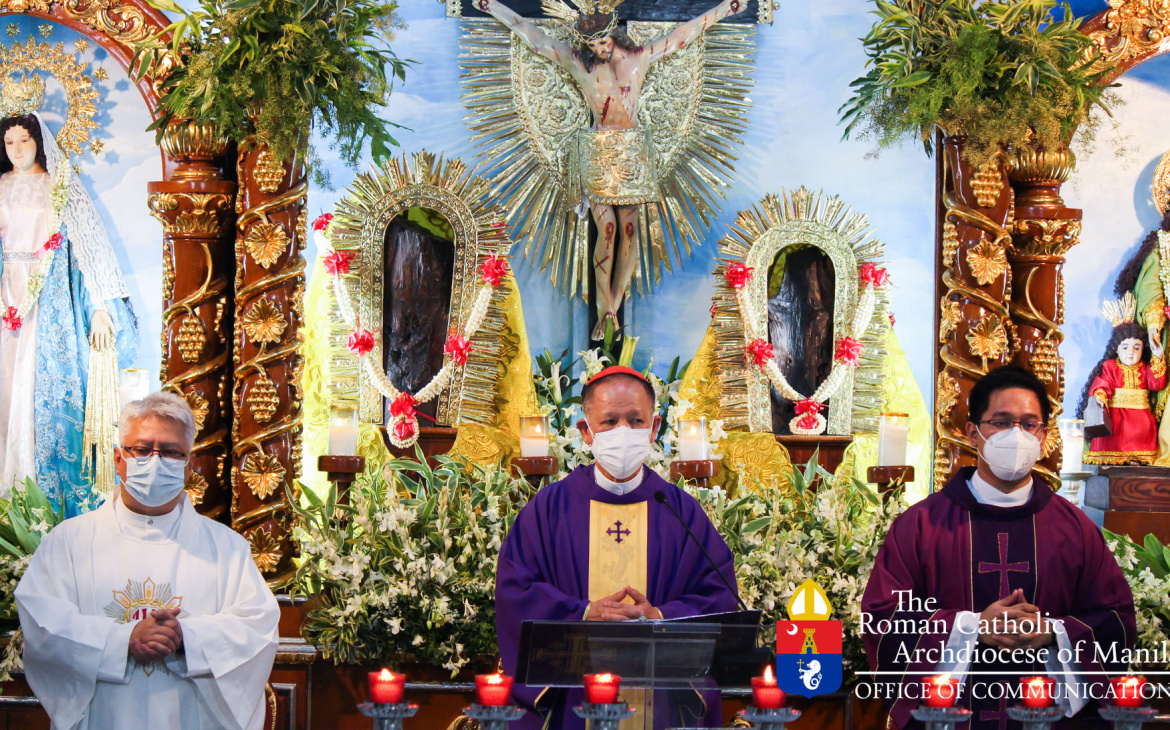 The “Kambal na Krus” was discovered by a young laborer named, Crispino Lacandaso who was chopping a wood from a felled, hundred year-old Sampalok tree on an empty land owned by the Rivera family situated at 1885 Juan Luna St. Gagalangin, Tondo, Manila on March 23, 1922.   Lacandaso initially had difficulty in cutting the trunk, but upon finally, cleaving in twain, he saw a dark cross on the base, imprinted on both halves of the wood.  The pieces of wood were subsequently encased in a wooden base, and devotees from the community and other parts of the city flocked to the site, and a small chapel was later built to enshrine the icon of the Holy Cross.

To celebrate this wonderful blessing of the centenary of the Holy Cross, the Community Fiesta was held last March 20, 2022.  Prior to the Community Fiesta, a Misa Novenario was held from March 11-19, 2022 to spiritually prepare the faithful and to deepen the devotion to the Holy Cross.  A local bishop from other diocese and other priests from the Archdiocese of Manila and nearby dioceses, were invited to preside the Misa Novenario.  The Community Fiesta on March 20, 2022 highlighted with the Pontifical Fiesta Mass presided by His Eminence, Jose F. Cardinal Advincula, D.D., Archbishop of Manila, concelebrated by its Parish Priest, Rev. Fr. Joselino B. Tuazon and with two priests who had served the chapel as sacristan during their childhood days: Rev. Fr. Rowen Z. Carlos, CM, from the Vincentian community and Rev. Fr. Marlon M. Reyes, SSS, from the Congregation of the Blessed Sacrament.

Prior to the Pontifical Fiesta Mass, the Sining Lahi Dance Troupe of Lakan Dula High School rendered a dance number honoring the Holy Cross, and the faithful were serenaded by the beautiful music of the Manila City Hall Band.

On March 23, 2022 – centennial anniversary of the discovery of the Holy Cross, a Centennial Solemn Motorcade was organized.  The images of the parish replica of St. Joseph, the image of the Holy Cross owned by Bro. Ricky de Leon and the icon KAMBAL NA KRUS were arranged for this motorcade. The participation of the parish replica image of the Immaculate Conception from the Immaculate Conception Parish in Tayuman made this centennial solemn motorcade even more special.  This ushered, in light that three barangays from their parish namely: Barangay 154, 157, and 160 participates in the yearly celebration of Kambal na Krus Fiesta. The Parish Priest, the Parish Pastoral Council and the Pamunuan ng Kambal na Krus are grateful to their parish for their kind expression of solidarity and fraternity.

The Pontifical Solemn Mass presided by His Grace, the Most Reverend Archbishop Charles John Brown, D.D., Apostolic Nuncio to the Philippines highlighted the centennial celebrations.  In his homily, he shared that “A cross is not a tree of life in the Garden of Eden, cross is a tree of death.  Jesus, as the new Adam turns the tree of death into a tree of life.  The Cross then, becomes not a symbol of death but a symbol of life.”

This great celebration re-assures us of the message of the Lord: “Come back to me with all your heart. Don’t let sin keep us apart. Long have I waited for your coming home to me.” We welcome the faithful home, around the table of the Eucharist, to bring our supplications and thanksgiving as a community to God who suffered, died, and rose again in Resurrection. (Eijay Valerio de Paz/SOCOM-St. Joseph Parish | Photo by Rian Francis Salamat) 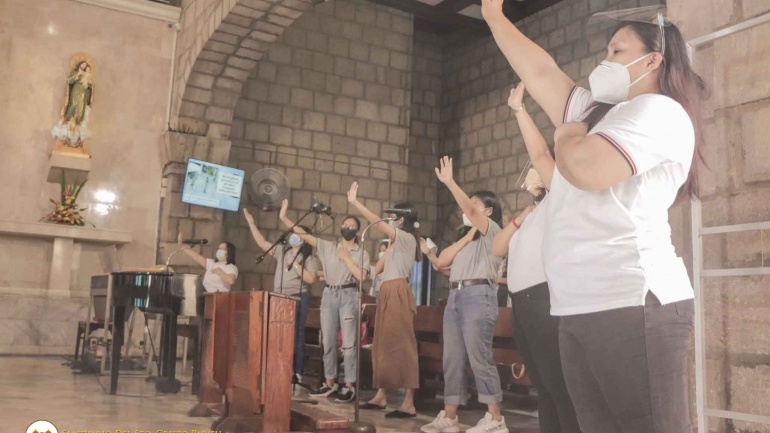 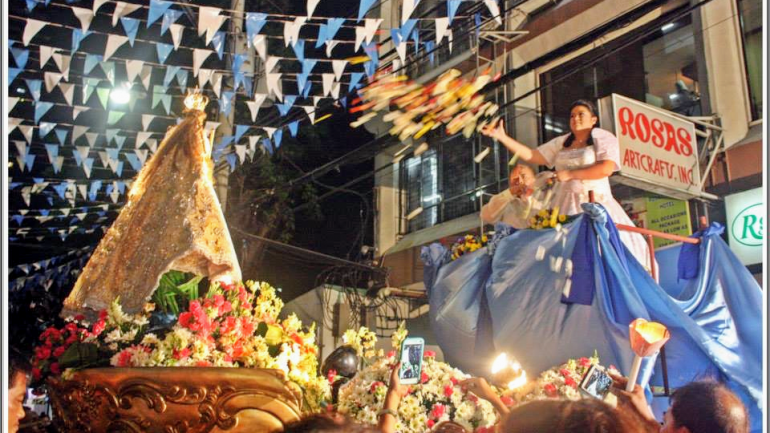 The Philippines has been a nation known for its love for Mary. At an early age, we call our mothers when we are in need. Hence, we have forged a strong relationship with the Blessed Mother. On this month…