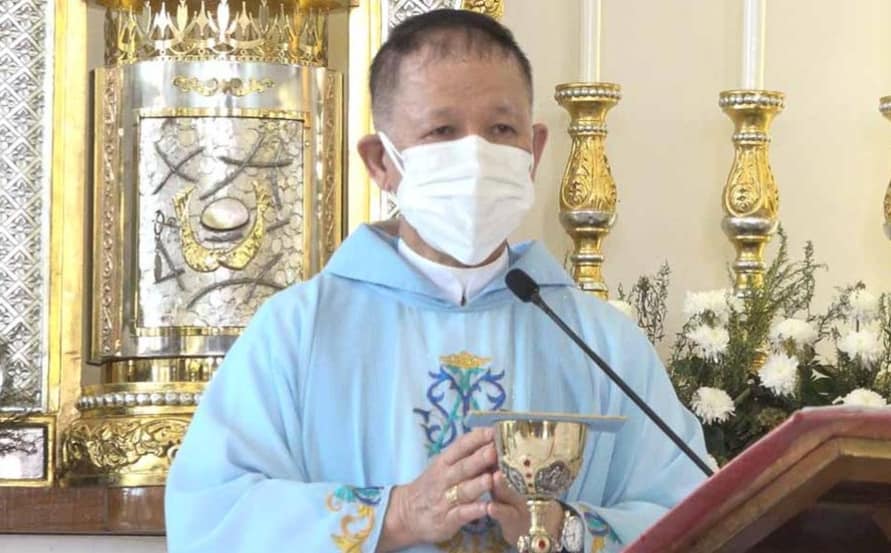 We are gathered together today to celebrate the memorial of the Blessed Virgin Mary as Mater Ecclesiae or Mother of the Church. We thank our Lord Jesus Christ for entrusting us to the care of his mother and for giving us a loving mother in the order of grace. Since that moment on the cross that we heard in the gospel, until today, Our Lady has been taking to heart this mission from her Son. Waiting with the apostles in the upper room for the gift of the Holy Spirit at Pentecost symbolizes how she journeys with the Church from beginning to end. Kung paanong naroon siya nang iluwal si Kristo, naroroon din siya nang iluwal ang simbahan at ang bawat miyembro ng katawan ng kanyang anak. Kung paano niya inalagaan at sinubaybayan si Hesus, ganoon din ang kanyang pag-aaruga at pagkalinga sa atin bilang kanyang mga anak. Sa kanyang mga aparisyon, paalala, himala, at pamamagitan, damang-dama natin ang kanyang maka-inang pagkakandili.

While we rejoice and are consoled by this great and undeserved gift of Mary, and all the graces that flow through her, it would be beneficial for us to realize that she is not only mother to us, but we are also children to her. Jesus establishes a two-way relationship between his mother and the church. He did not only say: “Woman, behold your son”. He also said: “Son, behold your mother”. We therefore ask what are the implications for us that we are Mary’s children? Ano nga ba ang kalakip ng pagiging mga anak ni Maria?

First of all, as her children, we are moved to direct our filial love and devotion to her. Commentators suggest that the beloved disciple in the gospel of John remains unnamed for he represents the ideal disciple that we are all called to be. According to tradition, the beloved disciple brought Mary to his home in Ephesus to take care of her after Jesus departed. Jesus also entrusts Mary to us. He wants his mother to be brought home to our hearts, to be loved and cherished as well.

While the Philippines is known to be pueblo amante de Maria, or bayang sumisinta kay Maria, we can hide behind this collective attribution and group practice. Rather, we are invited to be personally involved and invested in our relationship with Mary, just as how true sons and daughters are. This filial love goes beyond novenas, devotions, and processions. Authentic love of Mary entails constant communion and imitation of her in her perfect discipleship of her Son. Loving her means listening to and obeying her when she says: “Do whatever he tells you”.

Secondly, as her children, we have to resemble our Mother Mary. Kapag mag-ina, may pagkakahawig, may namamana, may pagtutulad. We emulate our Mother’s human and heavenly virtues in order to be recognized that, indeed, we are her sons and daughters.

Mary was a woman of faith. She lived a life of prayer and was constantly tuned in to the voice of God. Despite her difficult mission as the mother of the Messiah, she lived in total obedience, surrender, and trust in the Lord. The oft-quoted line: “she kept all these things in her heart”, points to her contemplative attitude and constant dialogue with the Holy Spirit dwelling in her. Mary was a woman of love. She manifested this love not only to her family, Joseph and Jesus, but also to those in need: like her old and pregnant cousin Elizabeth, the couple who ran out of wine at a wedding in Cana, and the fearful apostles hiding in the upper room. These were not merely felt or talked about love, rather, they were sensitive, self-giving, and sacrificing acts that gave life to others. In her own life, she carried the cross of love of God and neighbor.

Mary was also a woman of hope. To be able to stand at the foot of the cross, after suffering her seven sorrows, shows that she believed in her heart and she hoped against hope that the plan of God will eventually make sense and the word of God will prevail. Ang tunay na debosyon ay nagmamarka sa buhay. Hayaan nating palakihin at hubugin tayo ng ating Mahal na Ina sa pananampalataya, pag-ibig, at pag-asa, upang mas matulad tayo sa kanyang anak na si Hesus.

Finally, as we acknowledge Mary as Mother of the Church, we at the same time admit that we are but one Body of Christ; that we are brothers and sisters, not only in the one Father in heaven, but also in our one Mother Mary. Like what any mother would instill in her children, Mary instructs us: always love another. In particular, Mary focuses our attention to the sickest and weakest members of the Body of Christ, to those who need help and care the most. Ganoon ang nanay, malambot ang puso sa anak na may sakit at higit na nangangaliangan ng pagkalinga. Subalit hindi lamang ito nagmumula sa pusong ina ni Maria, kundi sa sarili niya ring karanasan. Mary herself was a teenage mother, a refugee, an exile, a widow, a mother who suffered the unjust murder of her son. Her Magnificat is considered a prophetic song of and for the anawim (the poor who have no one else but God), proclaiming the saving action of God in the history of Israel, coming to fulfillment in the birth of her son. Alam niya ang karanasan ng pagdurusa, kaya naman napakabuti at maunawain niyang ina.

As we continue this celebration, we thank Mama Mary for her constant maternal help and protection. Through her intercession, we ask for the grace to be filled with transforming love of and devotion to her, to imitate and emulate her many virtues, and to embrace the mission of love like she did. Mary, Mother of the Church, pray for us. (Photo from Facebook Page of Immaculate Conception Parish-Gatchalian) 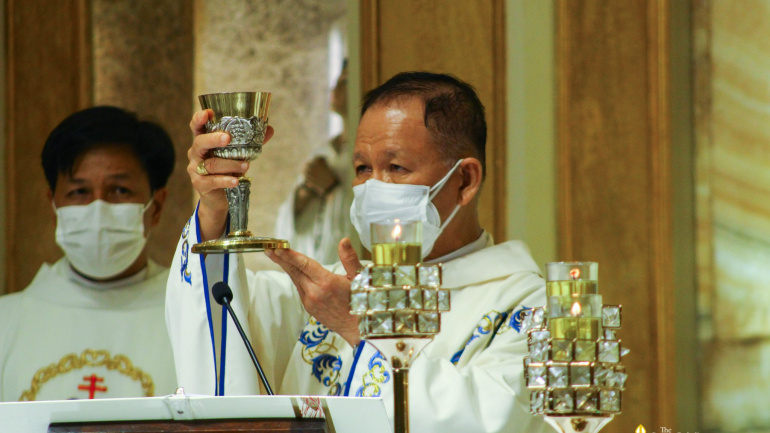 Rev. Fr. Jun Sescon, our chaplain; brother priests concelebrating in this Mass; Mr. Teddy Keng, founder of Landmark; those who are joining us through the online live streaming of this Mass; my dear brothers and sisters in Christ: We… 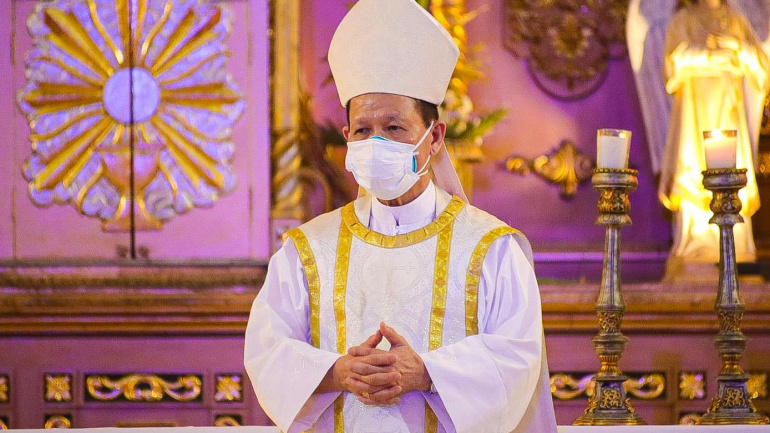