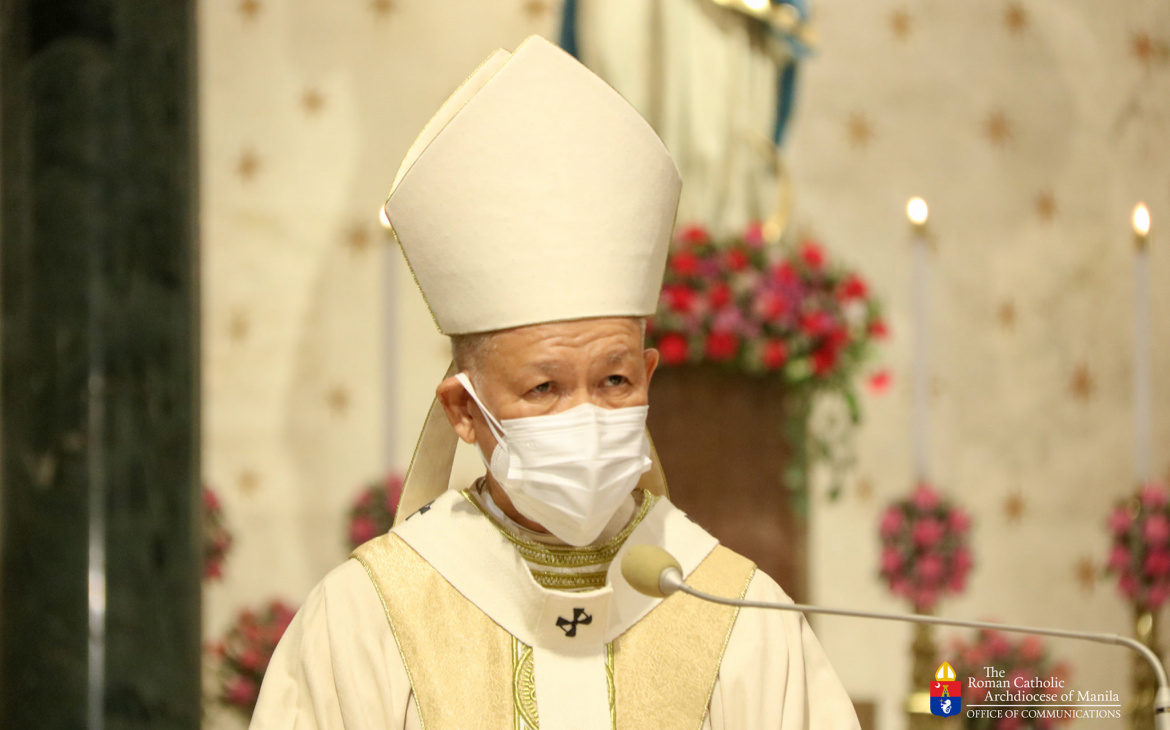 Tonight, we gather, rejoice, and celebrate the triumph of God’s love. Through the readings that narrated his enduring fidelity to unfaithful humanity; through the light of the Paschal candle that effectively conquered the surrounding gloom; through the sacraments of life and grace that we share at this very moment; we are consoled that the schemings of human sin and evil do not have the final say, but the plans and intentions of divine love do. This vigil testifies to the truth that infidelity, darkness, death, and even eternity can never limit, condition, or contain God’s love for us. On the contrary, the Father’s raising Jesus from the dead, in the Holy Spirit, intends to further intensify, universalize, and perpetuate this love in breadth and depth, in space and time, through a definitive and everlasting covenant. Walang plano ang Diyos na tumigil sa pagmamahal at pagliligtas sa atin. Bagkus, gusto pa Niya itong paigtingin, palalimin, palawakin, at panatilihin, kahit na alam nating hindi tayo karapat-dapat dahil, di tulad Niya, ilang beses na nating sinukuan ang kanyang pag-ibig.

While this is the good news of Easter, we receive it in different ways. On the one hand, some of us may be like the women who, because of their immense love for Jesus, remaining up until the cross and even after, could more easily believe and rejoice at any good news that comes about the beloved. On the other hand, some of us may be like the other apostles who, because of the guilt, grief, and fear that occupy their hearts, could not make space to believe that Jesus has risen to continue to love and serve them, treating the report of the women as nonsensical and but an idle tale. But wherever we are situated between these two extremes, Peter invites us to exert effort and engage in a journey of faith to grapple with the mystery of the resurrection — to get up, run, bend down, and see — to do all that is necessary, with the help of grace, to personally experience the reality of the Risen Lord. Kung hindi tayo puno ng galak, buhay, at pag-asa ngayon, baka hindi pa ganap ang ating pananampalataya na si Kristo ay muling nabuhay at buhay nga. Sabayan natin si Pedro na hanapin, tuklasin, at danasin ang Dahilan ng ating pag-asa.

The apostles’ personal encounter with the Risen Christ, who appeared to them numerous times, ate with them, and sent them on a mission, altered their manner of living. From being fearful disciples locked up in a room, they became courageous apostles who brought the good news of Jesus to the ends of the earth. The growth of the Church, through their self-giving even to the point of persecution and martyrdom, confirm that they were grounded on the truth of Christ’s resurrection and not on a fabricated lie or a mere imagined subjective experience that can easily be recanted in the face of death. Because they were so convinced that Jesus was truly and very alive again, they gave truly and very convincing life testimonies about him as well.

This is the grace we ask for: to have that steady and sure conviction within us that Christ is indeed risen and that there is nothing in this world more powerful than God and his love for us. For, if the resurrection is something we truly and personally believe, then it will change the manner we live our lives as well. There would be more compassionate and forgiving relationships; greater energy, boundless creativity, and perseverance in mission; resolute courage to face evil and fight oppression; confidence in times of trial; reasons to smile and rest assured; and peace in the face of death after a life well lived. In other words, there would be more reason and inspiration to follow Christ, bear his cross, and share his good news to others. Our liturgy tonight leads us to an encounter with this Love that defied death, so that we may believe, be encouraged, and transformed.

The hope we have received in Christ’s resurrection is also the hope we are called to give. As the triumphant Jesus shared his light with us earlier and, later on, as we renew our baptimsal vows to reject Satan and live out our faith in God, we are reminded that the struggle with darkness, sin, and death continues, not only in the world stage, in the local scene, or outside of us, but moreso within us, in the battle field of our own hearts. Napuno ng liwanag at galak itong madilim na simbahan dahil tinanggap natin ang liwanag ni Kristo sa ating buhay. Ang mundo nating puno ng kadiliman at kalungkutan ay magliliwanag at titingkad din kung handa tayong maging instrumento ng Kanyang liwanag, pag-ibig, at buhay, lalo na sa mga taong nabubuhay sa kadiliman, kahit pa humantong ito sa pagka-upos at pagka-ubos ng ating sarili.

We are called to be bearers of Christ’s light by dying to our old sinful ways and rising to new life as his priests, prophets, and kings — sharing the warmth of love in worship, the enlightenment of meaning in preaching and teaching, and the guide to right paths in moral living. Tangan ang pagtitiwala at pag-asa sa kapangyarihan, katarungan, at pagmamahal ng Diyos, piliin natin ang Diyos at kapwa sa araw-araw, sa bawat isip, salita, at pagpili, upang mapagtagumpayan ng Kanyang liwanag ang mga puwersa ng bumabalot na kadiliman.

The best response to people who do not believe Christ’s resurrection is a Christian who stakes his life believing that his Savior lives. We can only do all these if the Risen Christ has become the light of our lives. 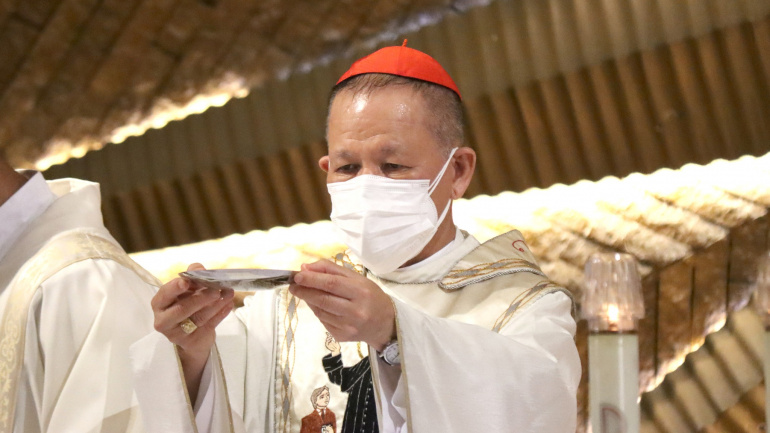 Rev. Fr. Fernando Urbano, SDB, our parish priest, the Salesian community, dear brother priests and deacons, my dearly beloved in Christ, it gives me great joy to celebrate with you your parish community, the feast of your patron, St.… 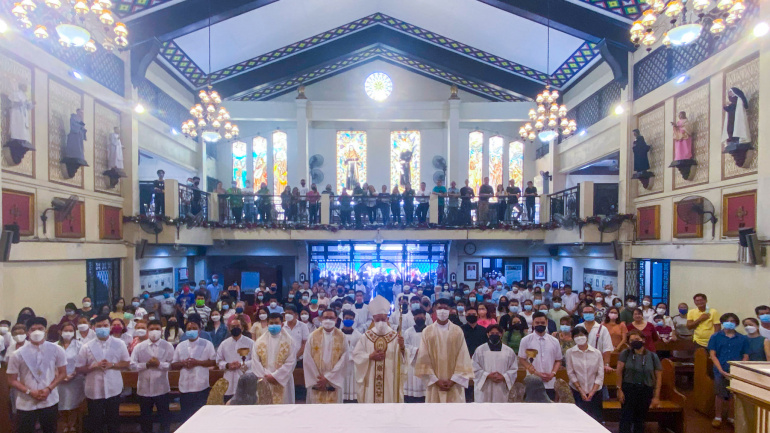