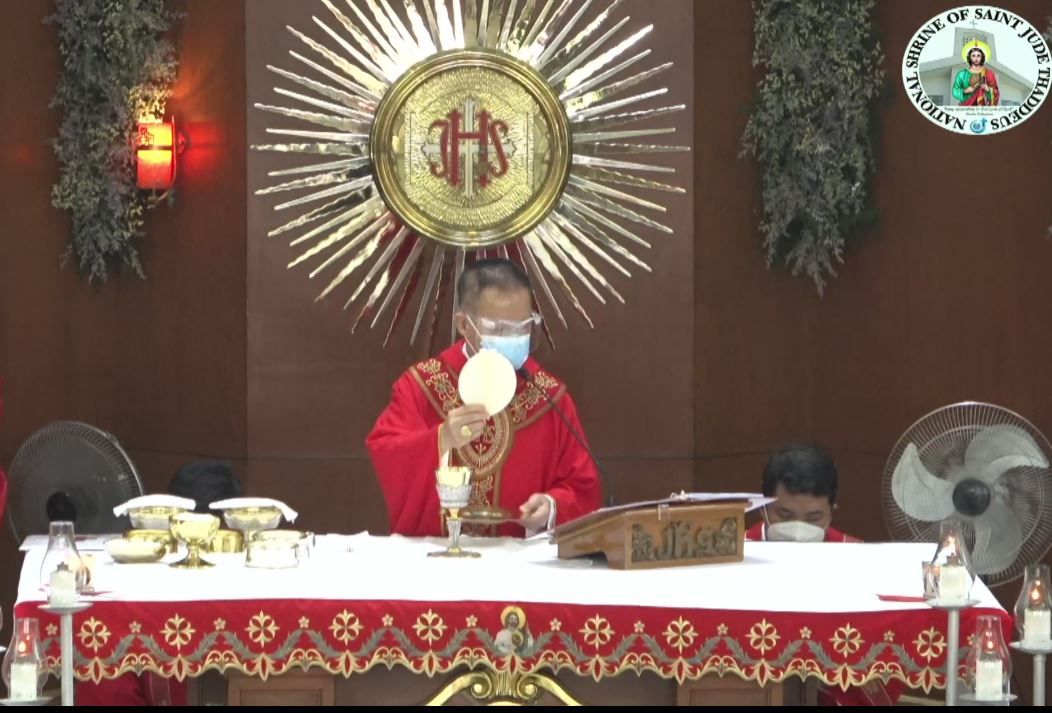 FULL TEXT | Homily delivered by Manila Archbishop Jose F. Cardinal Advincula during the Feast of St. Jude at the National Shrine of St. Jude on October 28, 2021.

Very Rev. Fr. Jerome Marquez, Provincial of the Society of the Divine Word in the Philippines Rev. Fr. Nino Nicasio, SVD, our Rector and Parish Priest dear fathers and brothers of the Society of Divine Word, other priests con-celebrating with us, Rev. deacon, Your Excellency Shobini Gunasekera, Ambassador of Sri Lanka to the Philippines and her spouse Mr. Alexi Gunasekera, PSG officers led by Commanding Officer, Lt. Col. Roverick Abalos, devotees of St. Jude, brothers and sisters in Christ, we thank the Lord for gathering us today to celebrate this Eucharist when the feast of our patron St. Jude Thaddeus. And it is providential that this year, St. Jude’s feast falls on a Thursday, the day of our devotion to him.

During the pre-pandemic times, this National Shrine was flocked by devotees especially on Thursdays. Students from the university belt, employees, and people from all places and various walks of life will come here to pray to St. Jude and ask for his intercession. For us, St. Jude is the patron of impossible causes. Our devotion to him, therefore, inspires faith and hope that for God, nothing is impossible.

Our readings today invite us to focus on one particular aspect in the life of St. Jude, that he was part of the original apostles of Jesus. In the gospel proclaimed to us, we heard not only Jesus’ apostles were but also how Jesus called them. Jesus spent the whole night in prayer and when they came, he called his disciples, his many followers to himself, and from them, he chose the twelve who will be his most intimate companions.

My dear friends, there are two things that we need to remember when we talk of the apostles. First, the apostles are deeply connected with Jesus. Ang alagad ni Hesus ay may malalim na ugnayan kay Hesus. Both our first and second readings refer to the apostles as foundations. Our first reading is about the vision of the holy city having twelve courses of stones that serve as the foundation of the city and in this foundation, these foundation stones are written the names of the apostles.

In the second reading, St. Paul now talks of the church as God’s holy family built on the foundation of the apostles and prophets. If the apostles are to be the foundations of the church, then they should be firmly grounded on Jesus. Para maging matibay ang pundasyon, dapat matibay din ang pinagtatayuan nito. Kaya nga ang alagad ni Hesus ay dapat may malalim na pagkakaugat kay Hesus. Ang alagad na hindi nakaugat kay Hesus ay magkakaroon ng mahinang pundasyon.

The second aspect of being an apostle is that Jesus sends them. You may have already been told that the word apostle came from the Greek word “Apostolos” which means “a messenger” or someone who is sent. Ang alagad ay isinusugo. An apostle is grounded on Jesus. An apostle is sent by Jesus.

These two aspects are closely connected to each other. Only those who are grounded on Jesus, will be sent to proclaim Jesus. Those of you who are knowledgeable about constructions of buildings would know that the taller a building is, the deeper should its foundations be. Habang tumataas ang gusali, mas lalong lumalalim ang pundasyon. Gayun din naman ang alagad ni Hesus. Habang isinusugo para gawin ang misyon, at habang pinagkakatiwalaan ng mabigat na misyon, dapat lalong lumalalim ang pagkakaugat kay Hesus. We see these two aspects of an apostle at work in the life of our patron, St. Jude.

St. Jude was connected to Jesus not only because he was a close relative of the Lord but also because he stayed close to Jesus and learned much from him. He was a firsthand witness to everything that Jesus did and taught. No wonder St. Jude’s intercession is so powerful especially in impossible causes because he is so deeply connected to Jesus.

One interesting detail about Jesus is the nickname given to him, Thaddeus. Do you know what Thaddeus means? Literally, it means, “breast child” or in common….” mama’s boy.” Perhaps, he was the youngest in his family who probably because of his tender and childlike heart. This quality of St. Jude must have been deepened by his connection to Jesus who is meek and gentle of heart.

Jesus also sends St. Jude. Siya ay isinugo rin ni Hesus. There is a tradition that St. Jude went to the mission as far as the area of Mesopotamia, the region that homes to modern-day, Iraq, Kuwait, Turkey and Syria. He also went to Persia, the present day, Iran where he was united with another apostle St. Simon the Cellot, and there they were martyred together. This is the reason why we celebrate their feast day together.

As we celebrate the feast of St. Jude, let us once again implore his powerful intercession, let us pray that like him, we may also be faithful apostles of Jesus in our present world. Amen. (RCAM-AOC | Screenshot from Facebook Page of National Shrine of St. Jude) 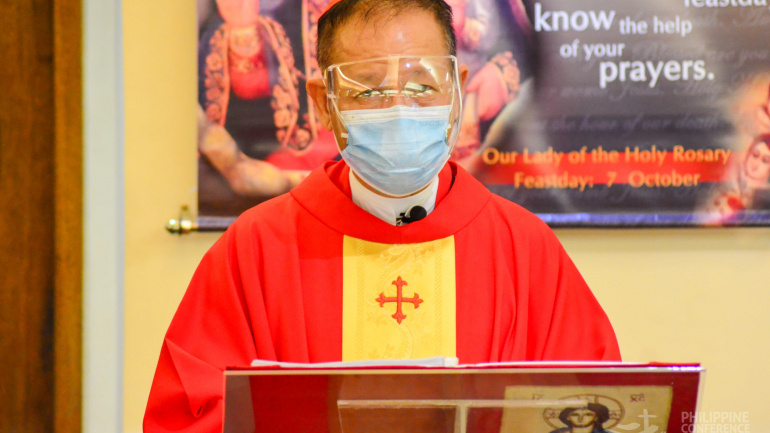 Reverend monsignor and fathers, reverend sisters and brothers, my dear people of God in the Archdiocese of Manila, may the celebration of this Mass, we conclude the first series of the Philippine Conference on New Evangelization 8 or PCNE… 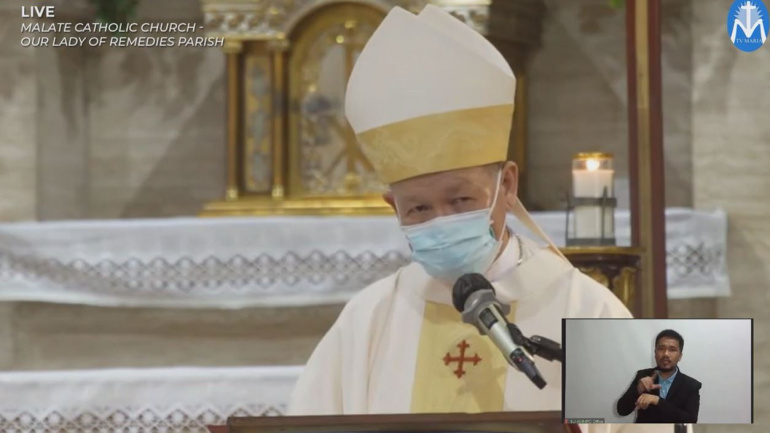