HomeAll PostsNews and EventsClosing of the Year of St. Joseph on December 8 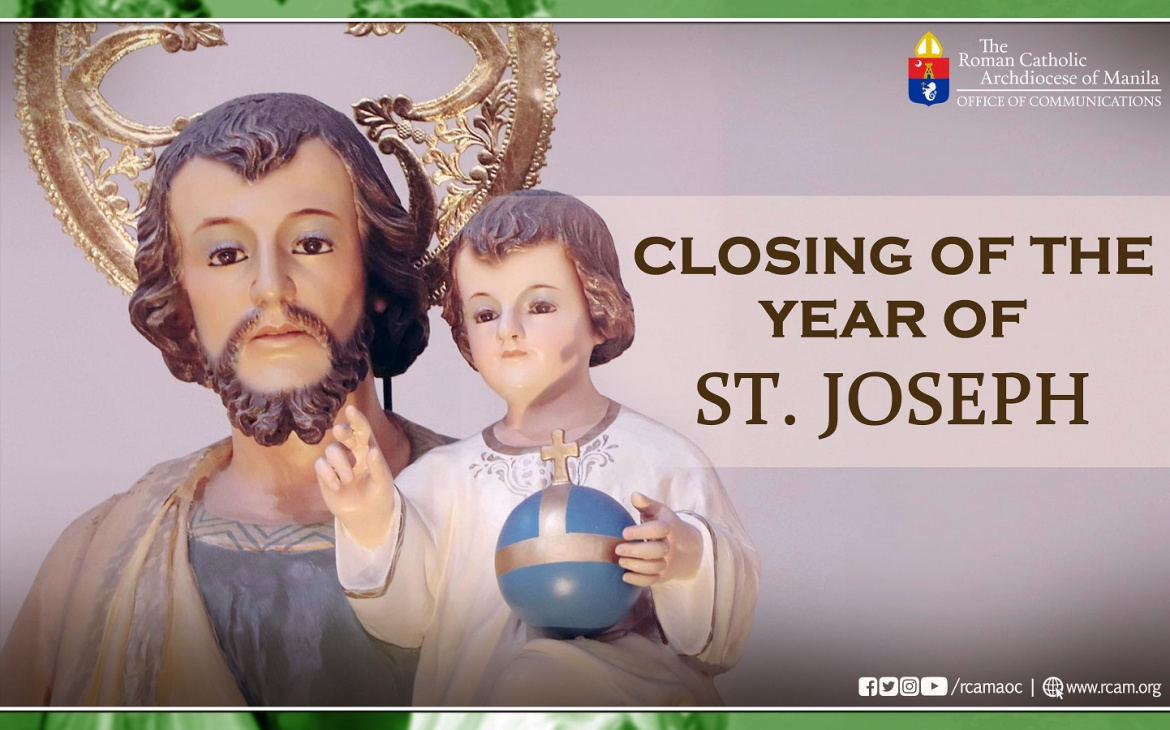 Closing of the Year of St. Joseph on December 8

As the Church closes the Year of Saint Joseph on December 8, the Solemnity of the Immaculate Conception of the Blessed Virgin Mary, the Catholic Bishops’ Conference of the Philippines (CBCP) is inviting the faithful to take part in two important activities prepared for its culmination.

In a circular released on November 8, outgoing CBCP president Archbishop Romulo Valles of Davao encouraged everyone to join the National Consecration of Families to Saint Joseph and to support the nationwide launch of “Men of Saint Joseph-Philippines”, a new laymen association created as a response to Pope Francis’ appeal to deepen the devotion to Christ’s foster father as Patron Saint of the Universal Church.

“With the yearlong celebration of the 150th anniversary of the proclamation of Saint Joseph as Patron Saint of the Universal Church, we were all invited to undertake the interior path of the carpenter of Nazareth, so as to ‘increase our love for this great saint, to encourage us to implore his intercession and to imitate his virtues and his zeal,’” he said in the circular, citing an excerpt from the Holy Father’s Apostolic Letter, Patris Corde.

As the faithful entrust themselves to Saint Joseph’s fatherly care, protection and guidance, Archbishop Valles emphasized that the goal of consecrating ourselves and our families to Saint Joseph is “to imitate his virtues, example and closeness with Christ.”

The nationwide praying of the Holy Rosary and the Act of Consecration of Families to Saint Joseph will be led by the Bishop of Kalookan and, by that time, CBCP president, the Most Rev. Pablo Virgilio David, and families from the diocese of Kalookan at the Cathedral of San Roque on December 8 at 11:00 in the morning.

All churches, meanwhile, are requested to commence the Men of Saint Joseph institution in every local parish around the country as “way of encouraging us to reflect upon the role of Saint Joseph in caring and loving our Savior with the Father’s heart.”

In the Archdiocese of Manila, His Eminence Jose F. Cardinal Advincula will lead the Act of Consecration of Families to Saint Joseph at Saint Joseph’s Parish in Gagalangin, Tondo, Manila on Gaudete Sunday, December 12 at 6:30 in the evening.

These activities will be broadcasted live on-air and online by TV Maria, Radio Veritas, Archdiocesan Office of Communications and different Catholic radio-TV networks and online platforms throughout the Philippines. (Lem Leal Santiago/SOCOM-Binondo Church) 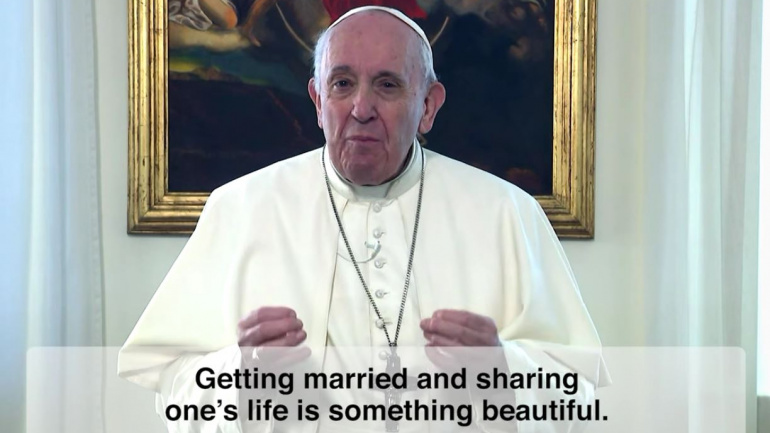 His Holiness Pope Francis is offering the month of June prayer intention for young people who prepare to live a married life. In a video released by the Pope’s Worldwide Prayer Network on June 1, the Holy Father explained… 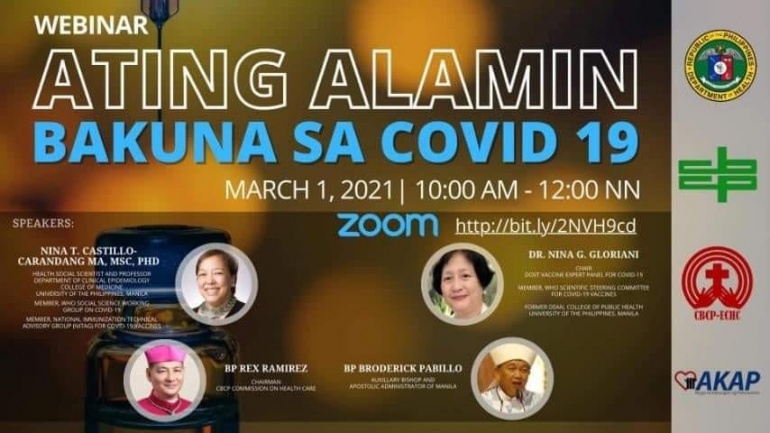 Jheng Prado February 28, 2021
The Catholic Bishops’ Conference of the Philippines Commission on Health Care will hold two-part webinars on what the public should know about the COVID-19 vaccination. With the theme, “Ating Alamin: Bakuna sa COVID-19”, the webinars will be held on…