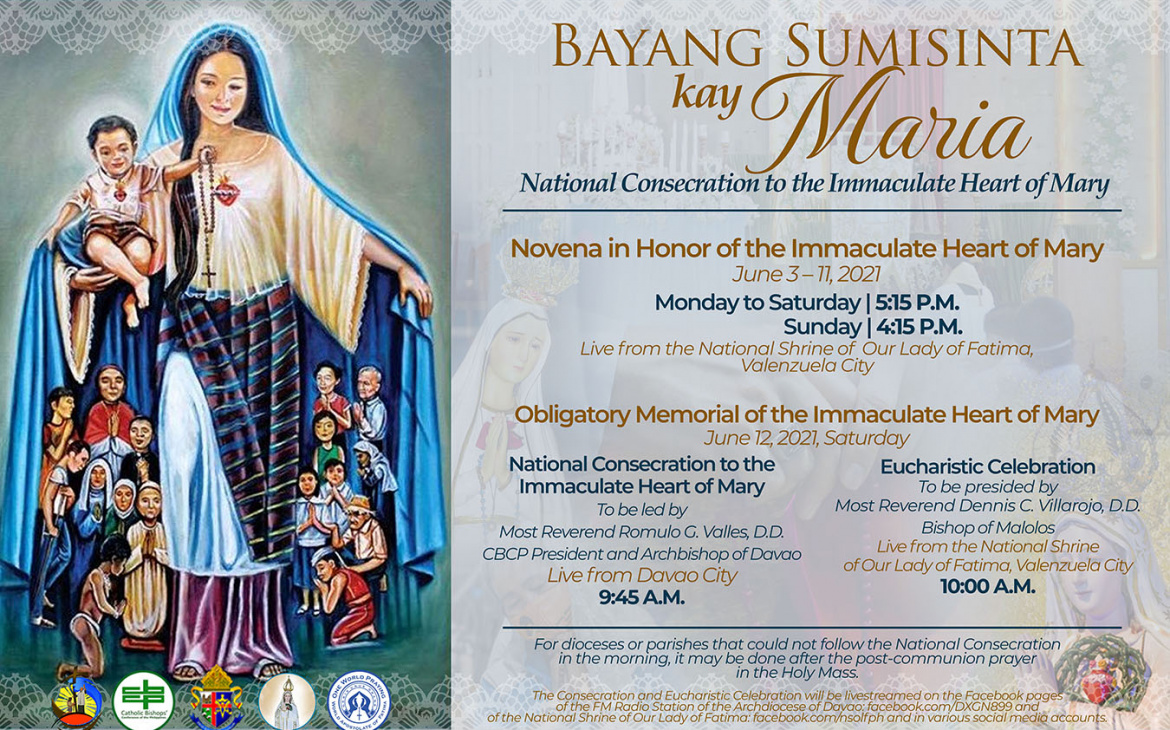 The Catholic Bishops’ Conference of the Philippines (CBCP) released on Tuesday, May 25, 2021, the prayer for the upcoming National Consecration to the Immaculate Heart of Mary.

According to CBCP news article, the prayer that was shortened and directed to the country’s present context was adopted from the “official act of consecration” written by St. John Paul II himself for the Feast of the Annunciation in 1985.

The prayer, the CBCP News added was meant to be offered by the pope himself and all the bishops of the Church.

During that time, Cardinal Jaime Sin of Manila and then Archbishop Ricardo Vidal took an official part in the solemn act of offering in the Vatican. March 25 of that year, Archbishop Vidal and 27 others were elevated to the College of Cardinals.

In January 2014, during the 108th plenary of CBCP, the bishops approved that the consecration to the Immaculate Heart Mary will be renewed every year on her feast day in every diocese until the Jubilee Year of 2021.

The national consecration to the Immaculate Heart of Mary will be done on June 12 and will be led by Archbishop Romulo Valles, President of CBCP.

The event will be live-streamed from the Davao Cathedral at 9:45 a.m. At 10 am, the Mass in honor of the Immaculate Heart of Mary will be held in other parish churches, including the National Shrine of Our Lady of Fatima in Valenzuela City.

A Copy of the consecration prayer and the poster from the National Shrine of Our Lady of Fatima maybe downloaded here. (Jheng Prado/RCAM-AOC) 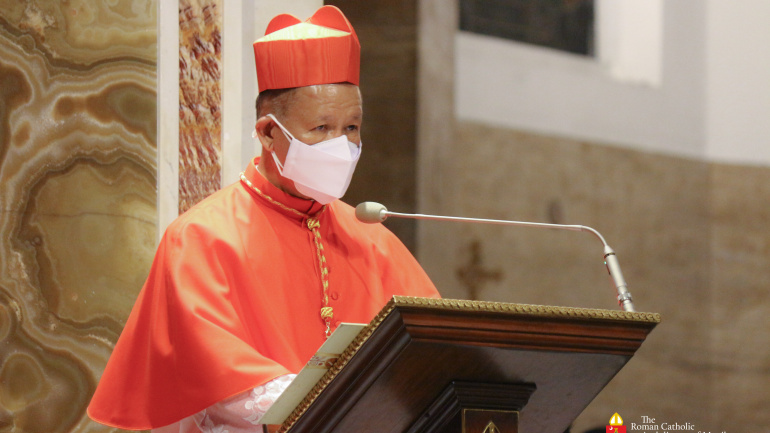 Before we conclude the celebration of the Eucharist in which we honor the two great pillars of the Catholic Church, St. Peter and St. Paul, I prayed for our beloved Holy Father, Pope Francis, the successor of Peter, allow… 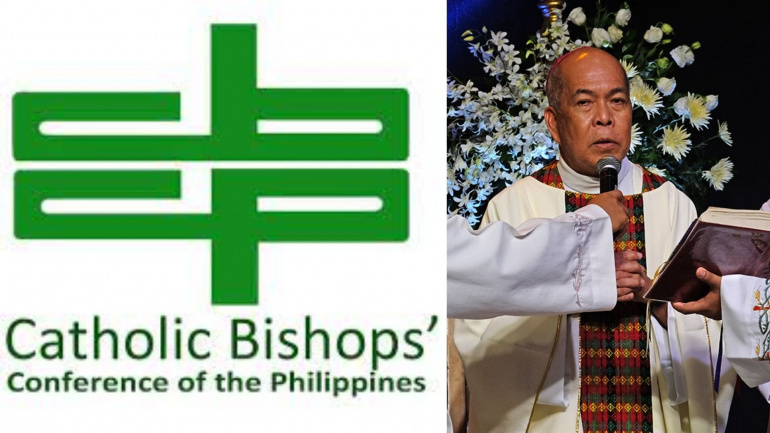 CBCP appeals for prayers for the immediate recovery of Pope Francis

CBCP appeals for prayers for the immediate recovery of Pope Francis

The Catholic Bishops’ Conference of the Philippines appealed for prayers to the immediate recovery of His Holiness Pope Francis. Archbishop Romulo Valles, President of CBCP, stated in his message that to the lay faithful, clergy and religious to pray…