HomeAll PostsNews and EventsCBCP declares Dec. 25 and 26 National Days of... 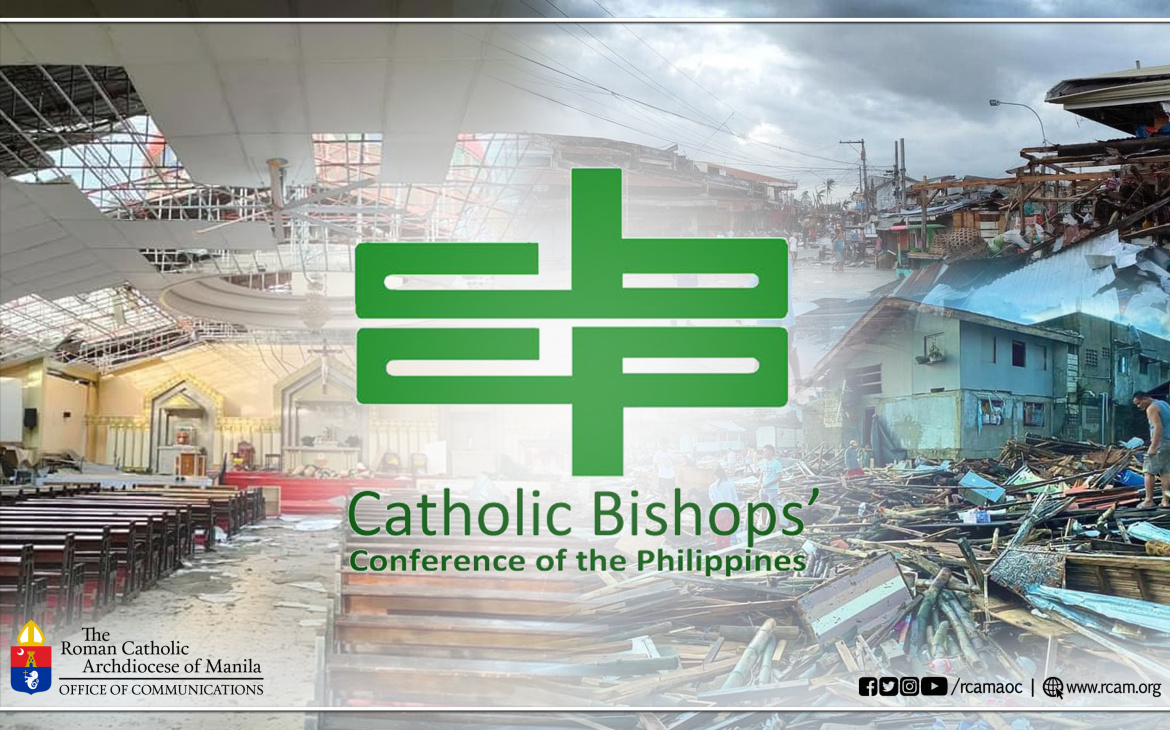 The Catholic Bishops’ Conference of the Philippines (CBCP) has set December 25 and 26, 2021, as National Days of Prayer for families and communities affected by super typhoon Odette.

CBCP President Virgilio Pablo David has also called on all the dioceses to hold a second collection in all Masses on Christmas and the following day for the victims of Odette. The funds to be collected said Bishop David will be used for the Church’s collective emergency response.

“We encourage everyone to remit all collections to Caritas Philippines who will then plan and implement our over-all response, and on a regular basis, will provide us reports and updates,” Bishop Pabillo said.

In the Vatican City, His Holiness Pope Francis on his general audience after the Sunday Angelus, appealed for prayers and help for the victims of typhoon Odette in the Philippines.

“I express my closeness to the population of the Philippines, struck by a strong typhoon that has caused many deaths and destroyed so many homes. May the “Santo Niño” bring consolation and hope to the families of those most affected,” Pope Francis said.

On Monday, December 20, 2021, Radio Veritas, the AM radio station of the Archdiocese of Manila, and Caritas Manila, the archdiocese’s social service arm, has organized a telethon to gather donations for the victims of super typhoon Odette on December 20, 2021, from 6 a.m. to 6 p.m.

According to Caritas Manila Facebook Page, they have raised P10,632,794.10 donations. (Jheng Prado/RCAM-AOC) 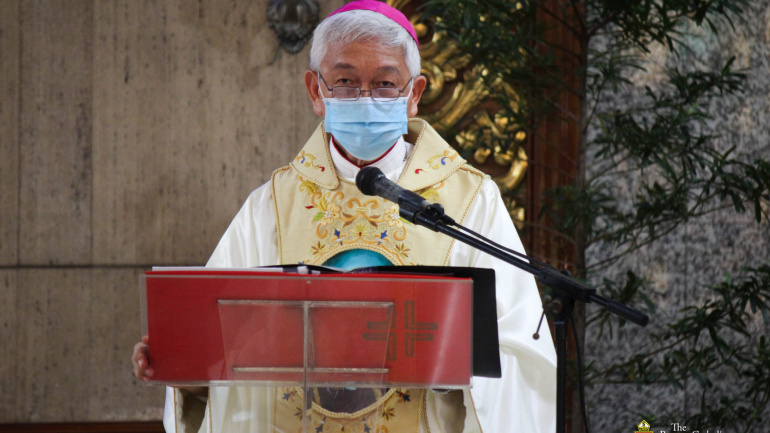 “How can politicians be held accountable when their successors are related to them?” Bishop Broderick Pabillo, the incumbent chairman of the Episcopal Commission on Laity, appealed to the voters to become discerning as they will determine the outcome of… 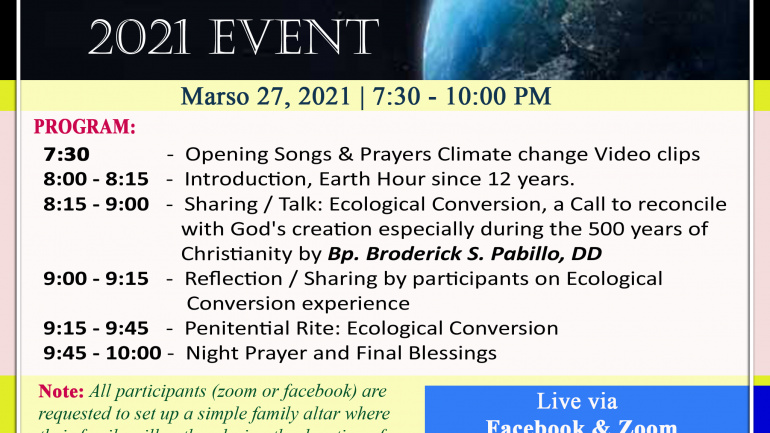 Jheng Prado March 24, 2021
The Archdiocese of Manila Ministry on Ecology has organized online activities for the annual celebration of Earth Hour on March 27, 2021, from 7:30 to 10 pm, via Zoom. Individuals, families, communities, and businesses are encouraged to turn off…