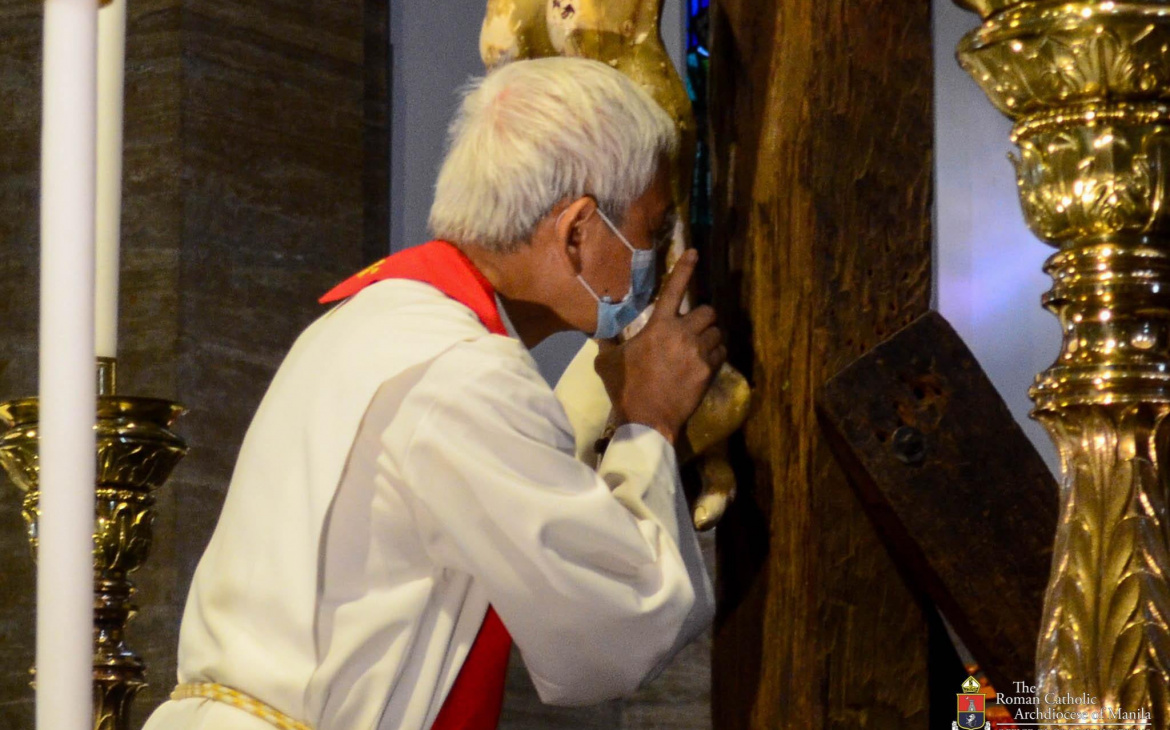 Bishop Pabillo asks faithful to honor Christ on the Cross

In his homily delivered during the Good Friday celebration of the Commemoration of the Lord’s Passion at the Manila Cathedral, Most Rev. Broderick S. Pabillo, Apostolic Administrator of Manila, asked families who cannot come to be physically present in the celebration of the Holy Mass to honor the cross in their respective homes.

The Bishop also encouraged the faithful to spend some time reflecting on the cross as the sacrifice of Christ which became an instrument of his love for mankind.

The cross, the Bishop added should not only be looked at as a symbol of Christ’s suffering. The cross also serves as an assurance that God will not forsake us.

The Apostolic Administrator is also set to preside at the Easter Vigil on April 3, at 3 pm. He will also lead the celebration of the Easter Mass the following day, April 4, and will open the Jubilee Door of the Manila Cathedral, at 10 am, as part of the year-long celebration of the 500th anniversary of the arrival of Christianity in the Philippines. (Jheng Prado/RCAM-AOC)

Radio Veritas back to studio operation after temporary lockdown

Radio Veritas back to studio operation after temporary lockdown

Jheng Prado May 3, 2021
Radio Veritas, the leading faith-based AM radio station in the Philippines is once again broadcasting in its studio after being placed under temporary locked down after some of its employees tested positive for the coronavirus. “Radyo Veritas, after several… 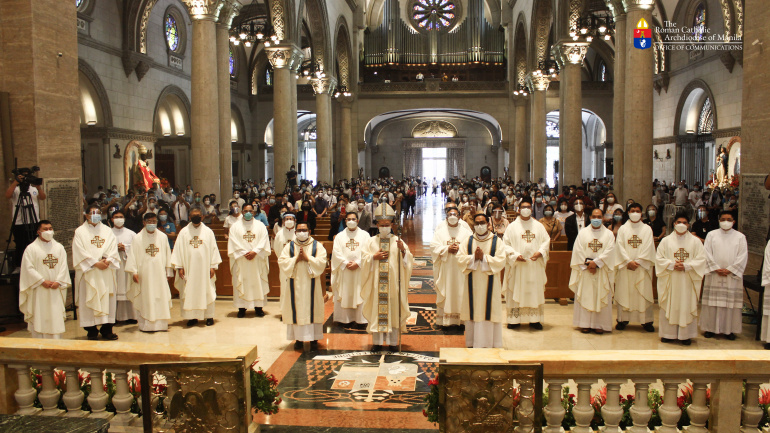 In his first Eucharistic celebration with the lay faithful of the Archdiocese of Manila on Friday, June 25, His Eminence Jose F. Cardinal Advincula recognized their indispensable and crucial role as “sharers of God’s saving mission”. The new Archbishop…