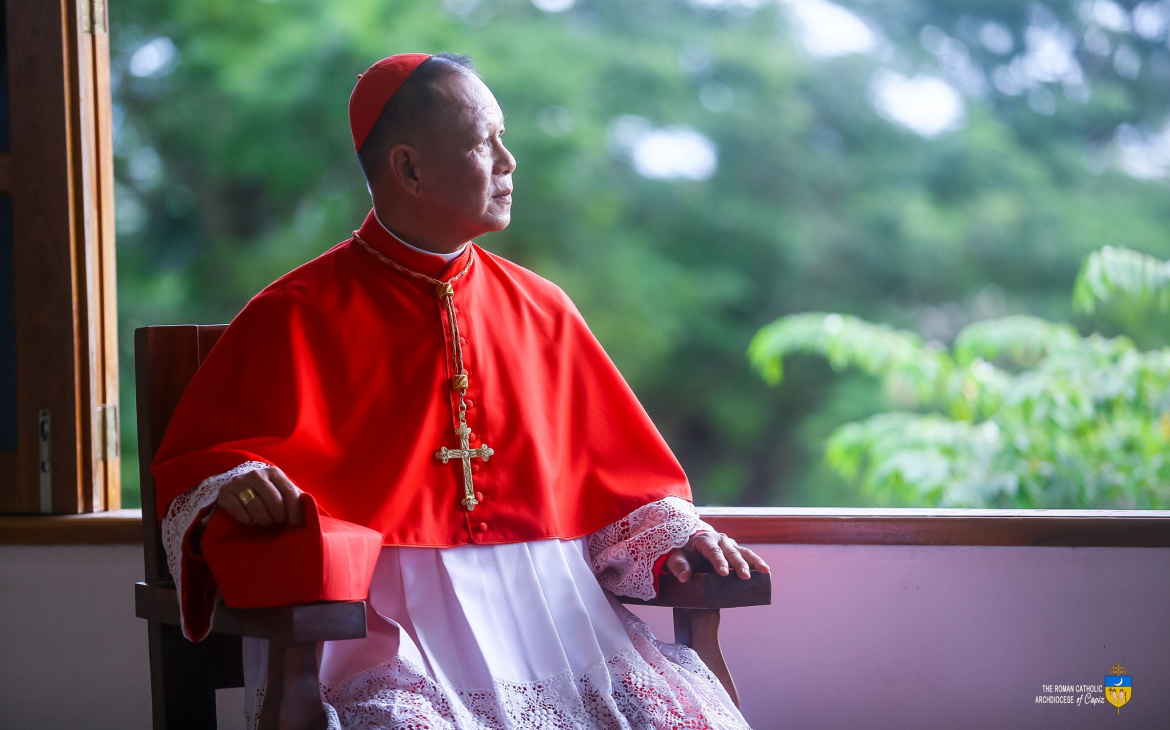 Archbishop-elect of the Archdiocese of Manila Jose F. Cardinal Advincula confirmed that he will receive the ‘red hat’ (biretta) in June.

In a message sent to Radio Veritas by Cardinal Advincula, he said that the ‘bestowal of the red hat’ was moved from May 28, 2021, to June 8, 2021. This is after Archbishop Charles Brown, Apostolic Nuncio to the Philippines underwent a 14-day mandatory quarantine after he arrived in the Philippines from New York. Archbishop Brown is supposed to lead the celebration and bestow the red hat to the outgoing Archbishop of Capiz.

According to Cardinal Advincula, the celebration will still be held at the Immaculate Conception Metropolitan Cathedral in Roxas City at 9 am.

On June 24, 2021, Cardinal Advincula will be formally installed as the 33rd Archbishop of Manila in a Mass to be held at the Minor Basilica of the Immaculate Conception or Manila Cathedral in Intramuros at 9 am.

In February 2020, His Holiness Pope Francis appointed Bishop Broderick S. Pabillo to be the Apostolic Administrator of Manila since it was declared sede vacante when Cardinal Luis Antonio Tagle was assigned in Rome. (Jheng Prado/RCAM-AOC | Photo from the Facebook Page of Archdiocese of Capiz) 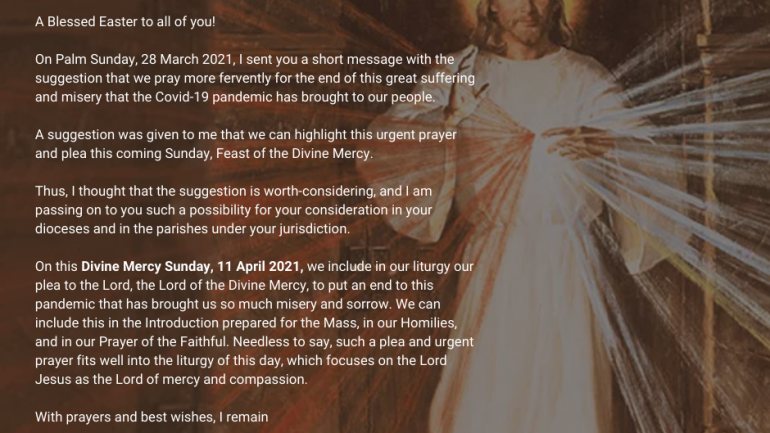 Jheng Prado April 7, 2021
Circular No. 21-27 Your Eminences, Archbishops and Bishops and Diocesan Administrators: A Blessed Easter to all of you! On Palm Sunday, 28 March 2021, I sent you a short message with the suggestion that we pray more fervently for…

Olympic Gold of Hidilyn pride for all Filipinos and for Catholics

Olympic Gold of Hidilyn pride for all Filipinos and for Catholics

Archbishop Charles Brown, Papal Nuncio to the Philippines, expressed his congratulations to the Filipino athletes who joined the 2020 Tokyo Olympics in Japan. In a special way, Archbishop Brown said that this was not only for Filipinos to celebrate…